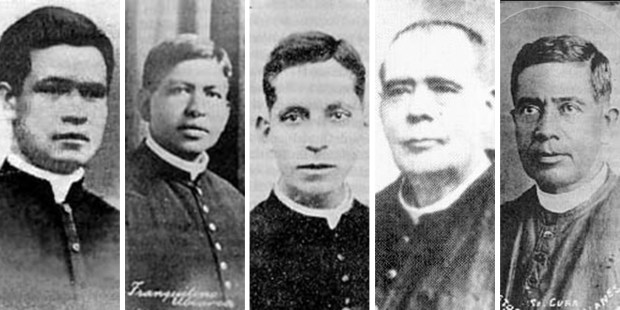 Three of them were just young men, only in their 20s, and already ready to die for their Cristo Rey.

On May 21, 2000, Pope John Paul II canonized 25 saints and martyrs who died in the Cristero War in Mexico. Most of the newly canonized were Catholic priests. Six of the priests were members of the Knights of Columbus.

Here are short profiles of five of these martyr-priests, who, like their fellow defenders of the faith, invariably shouted, “Viva Cristo Rey” (long live Christ the King) as their lives were taken from them.

In 1913, he became a parish priest in the town of Nochistian. When the government began its war of religious persecution, Father Roman went underground.

On April 18, 1927, Father Roman was conducting a Lenten service. One of the people attending reported Father to the military.

Father Roman, who was 68 years old, was arrested the next day. He was tied to a post and made to stand all day in the sun. At night he was thrown into a dark cell. He was given no food or water. This treatment went on for several days.

The man in charge, Colonel Quinones, demanded ransom for the priest’s release. The colonel was given 6,000 pesos. He pocketed the money, and ordered Father Roman executed anyway. One of the soldiers refused to shoot. The others did not, and Father died under a  hail of bullets.

Father Agustin was born on May 5, 1898, in Teul, Mexico. He was studying at the seminary in Guadalajara until it was closed down by the government. He continued his studies for the priesthood in a secret Auxiliary Seminary of Our Lady of Guadalajara and was ordained a priest on August 5, 1923.

Father Agustin was arrested for performing his priestly duties and for ongoing participation in the Cristero movement. He was shot to death and claimed his crown of martyrdom on May 25, 1927, at Colotitian, in Jalisco.

Father Cristobal was born in La Sementera, Jalisco, Mexico on July 30, 1869. As a boy, he worked as a shepherd and then entered the seminary at the age of 19.

He was ordained a priest at the age of 30 and was assigned to a parish in Totatiche. While serving his parishioners, he also helped start schools, founded a newspaper, opened catechism centers for children and adults, and even started agrarian cooperatives to help the indigenous farmers of the area.

When the government shut down the seminaries, Father Cristobal quietly gathered all the displaced seminarians (including Agustin Caloca) and started holding classes in different homes. He wrote and preached against armed rebellion but was accused of promoting it anyway.

He was arrested on May 21, 1927, while on his way to say Mass at a farm. He was held in jail along with Father Caloca. The two priests were executed together.

Margarito Flores Garcia was born on February 22, 1899, in the Mexican state of Guerrero. He was ordained a priest on April 5, 1924, and he offered his first Mass on April 20, 1924, in his hometown church of  Santa Prisca and Santa Sebastian.

As the persecutions increased, the Vicar General, in an attempt to protect Margarito, sent him to another town, but when he arrived, the soldiers were already waiting for him. He was immediately arrested and taken to the town of Tuliman where he was ordered to be shot.

It was November 12, 1927. The young priest asked permission to pray. He knelt down, kissed the ground, and began to pray the Rosary. He then stood up, stretched out his arms, and his body collapsed in death under the barrage of bullets.

Read more:
Photos of this priest’s martyrdom were meant to dissuade Catholics; that’s not what happened

During the persecution of priests and religious, he continued his ministry in private homes. People would come in secret, and he would say Mass, give them Holy Communion, hear confessions, and fulfill his priestly duties.

On October 5, 1928, he was captured while saying a nuptial Mass for a young couple. Father Tranquiliano was taken outside to the front of the house and hanged from a mango tree. The soldiers made the bride, the groom, and the several guests who were there watch the young priest die.

See further profiles of the martyrs of the Cristero War here:

Read more:
These former seminarians ended up giving their lives in the Cristero War

Read more:
How Graham Greene’s “The Power and the Glory” changed my life