Baptismal font discovered at Bethlehem’s Church of the Nativity 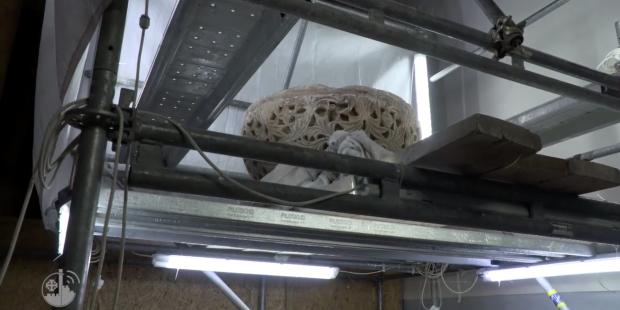 The “magnificent” discovery was found at the site of Jesus’ birth.

A previously unknown baptismal font from the 5th or 6th century has been discovered in the Church of the Nativity in Bethlehem.
The head of a Palestinian presidential committee tasked with restoring the church, Ziad al-Bandak, noted that the site is currently undergoing extensive renovations and restoration.
“Another circular baptismal font was discovered hidden inside the existing octagonal baptismal font,” al-Bandak said, before calling the discovery “magnificent,” the Times of Israel reported.
He said he’s unsure why it was covered, but that it appears to have been built between one and two hundred years after the church, which was built in the 4th century on the site believed to be where Jesus was born.
He said, “Nobody knows why it has been covered and put in this place and never written in any historical book about it, either in the Church or in the historical books. This is for sure a baptism font from the 6th, maybe 6th or 5th century,” CBN reported.
Al-Bandak stated that international experts will be arriving in the biblical West Bank town to examine the receptacle.
UNESCO declared the church a World Heritage site in 2013, and a restoration project was started five years ago to work on decades of neglect at the sacred church.