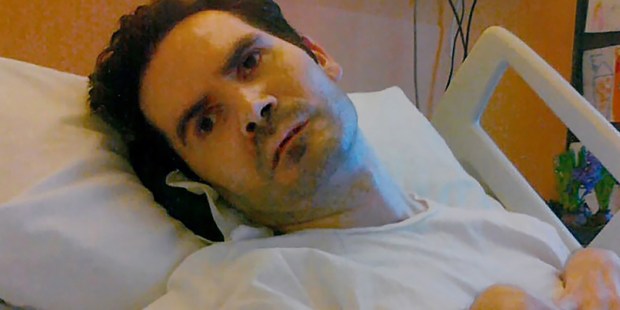 Ruling is final and may not be appealed.

A court in France has ruled that food and water may be withdrawn from a hospital patient who is able to breathe on his own, although he is said to have no consciousness.

Vincent Lambert, 42, a psychiatric nurse, suffered injuries in a motorcycle accident in 2008. After several years of trying to improve his condition, his medical team, in consultation with his wife, recommended in 2013 that care should stop, according to the BBC. But his parents, who are faithful Catholics, and some of his siblings, maintain the opposite.

The hospital in Reims where Lambert is being cared for began last month to remove feeding tubes, but a court ruled that nutrition and hydration must continue. Now, the Court of Cassation has made a final ruling in the case, which cannot be appealed, that pretty much assures that Lambert will die soon of dehydration.

Lawyers for his parents threatened on Friday to press murder charges if life support is halted, according to Agence France-Presse.

Last month, the Vatican issued a statement making it clear that food and water are not “extraordinary care” as long as the person is “able to receive nutrition and hydration,” and “provided this does not cause intolerable suffering or prove damaging to the patient.”

ABC Australia says that although euthanasia is illegal in France, a 2016 law allows doctors to put terminally ill patients into continuous deep sedation (CDS) until death. “The law draws a distinction between euthanasia and CDS, making France the first country to legislate in such a way,” the news outlet explains.