How a Catholic priest was the first to discover dinosaur eggs 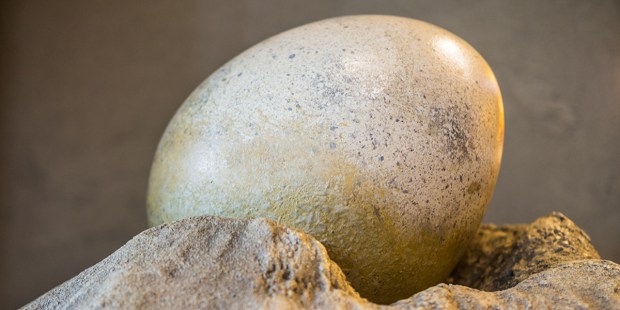 The discovery of dinosaur eggs in the early 20th century captured the imaginations of the world and helped popularize paleontological exhibits. While at the time credit for the find was attributed to Roy Chapman Andrews, the first human encounter with the dinosaur eggshells occurred decades before Andrews’ accolades.

Riley Black, from Smithsonian Magazine, points out that the first naturalist to discover and describe dinosaur eggshells was, in fact, the Roman Catholic priest Jean-Jacques Pouech. Father Pouech was the head of Pamiers Seminary in southern France, but in his free time he explored the geology and paleontology of the Late Cretaceous rock preserved in the foothills of the Pyrenees Mountains.

Father Pouech first published his findings in an 1859 report that spoke of the eggs. Black provided a passage from this report for Smithsonian:

The most remarkable are eggshell fragments of very great dimensions. At first, I thought that they could be integumentary plates of reptiles, but their constant thickness between two perfectly parallel surfaces, their fibrous structure, normal to the surfaces, and especially their regular curvature, definitely suggest that they are enormous eggshells, at least four times the volume of ostrich eggs.

It is fitting that he would compare these oversized eggs to those of ostrich eggs, which are many times the size of a chicken egg, as the French priest hypothesized that the eggs came from very large birds. Although ultimately incorrect, this was an astute observation by Father Pouech, as we now know of that dinosaurs and birds are closely linked.

At the time of this discovery, in the mid-19th century, the term “dinosaur” was relatively new and no one had previously examined such fossilized eggs. These factors are most likely responsible for Father Pouech’s find going largely unnoticed in his time, and after the shells went under scrutiny by the Muséum National d’Histoire Naturelle, in Paris, Pouech abandoned the idea that these were shell fragments at all. He lived the rest of his life hypothesizing that they were actually  parts of armadillo shells.

For decades, Andrews was given credit for the discovery in spite of Pouech’s finding and geologist Philippe Matheron’s confirmation that the priest had beaten Andrews to the punch. Now, however, in the 21st century, Wikipedia gives credit where credit is due: to Father Jean-Jacques Pouech is listed as the person who first discovered dinosaur eggs.