As the first pope, did St. Peter write any encyclicals? 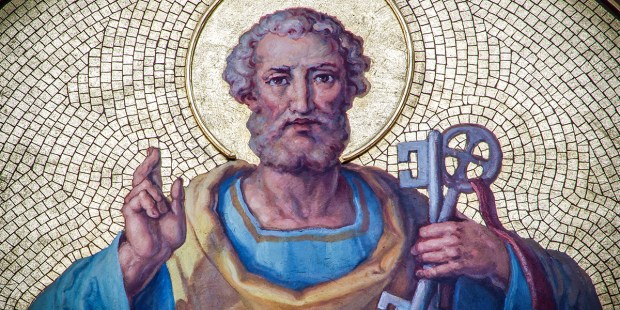 Most of the early Christian faith was handed on orally, but that didn’t stop St. Peter from writing letters.

In the Catholic Church, it is common for the reigning pope to write “encyclical” letters. For example, Pope Francis’ primary encyclical thus far has been Laudato si’, on the care of creation.

Many have asked, is this a tradition that was started by St. Peter the Apostle, the first pope?

The term “encyclical” was historically used to denote a letter sent around by the bishops. Over time it came to denote an official papal document that focuses on a particular Catholic doctrine.

When it comes to St. Peter, he did not write a formal “encyclical” as we call it today, but many historians believe he did leave a few letters that he wrote to early Christian communities.

St. Justin Martyr, in a letter that dates to the early 2nd century, quotes the “memoirs of Peter,” which some biblical historians link to the Gospel of Mark. Michael Pakaluk, for example, claims that the “first of the three synoptic gospels, is what the translation’s title boldly asserts — Mark’s transcription of Peter’s recollections of the two or three years he spent with Jesus, witnessing his miracles, hearing his teaching, agonizing over his crucifixion, and ultimately exulting in his resurrection.”

In this way the Gospel of Mark could be connected to St. Peter, though biblical historians continually debate this claim.

Besides the Gospel of Mark, the Epistles of St. Peter included in the New Testament are traditionally connected to the first pope. These letters could be the closest we get to an “encyclical” by the Prince of the Apostles.

Prominent Christians in the first three centuries (roughly 90 – 200 AD) such as Justin, Irenaeus, Clement of Alexandria, Polycarp, Clement of Rome, Origen, and Tertullian, all claim the epistles were in fact authored by St. Peter.

However, recent archaeological scholarship debates this claim. Modern scholars doubt the attribution to St. Peter and believe it was written by someone else, who attached Peter’s name to it for added authority.

Whatever the case may be, the Church affirms that St. Peter was the first pope of the Catholic Church and that there has been an unbroken line of papal successors ever since. While Pope Peter’s official teachings were primarily oral in character, the evidence is clear that his leadership in the early Church was key to its survival. St. Peter was able to lead the Catholic Church in her infancy and safeguard the teachings of Jesus, even though he was an imperfect vessel.

As well, St. Peter taught by his way of life, making the ultimate sacrifice by giving up his life for the Gospel of Jesus Christ. That is the most powerful “encyclical” he could have ever written.

Read more:
St. Peter spent three years with Jesus, and left it to Mark to tells us about it

Read more:
The incredible story of the hunt for St. Peter’s bones

Read more:
Adore the Eucharist with Peter on this feast of Corpus Christi