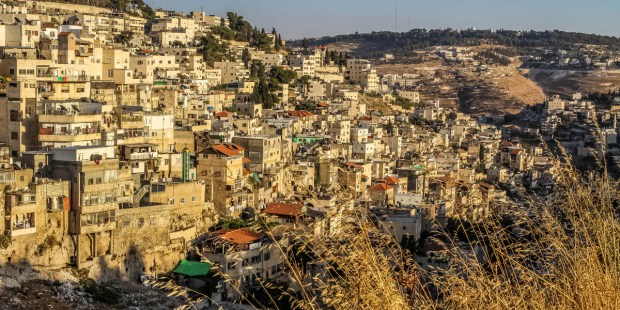 Jewish pilgrims took the “Pilgrim’s Road” from ritual bath to the Temple Mount.

An ancient road in Jerusalem that Jesus is thought to have walked is about to be opened to tourists.

The road, which is now underground, was used by pilgrims to Jerusalem 2,000 years ago, Israeli archaeologists say. The “Pilgrims’ Road,” also called the Pilgrimage Road, took worshipers from a ritual bath to the Temple Mount, where the Second Temple stood. Archeologists believe that millions of Jews trod the path three times a year when performing the commandment of aliyah l’regel, going up to the holy city to bring sacrifices to God during Judaism’s three key holy days, Passover, Shavuot and Sukkot, according to the Jerusalem Post:

The Pilgrimage Road goes all the way from the Shiloah Pool to the area adjacent to the Western Wall known as Robinson’s Arch, where today you can still see remnants of the ancient stairway that led into the Jewish Temple.

Almost all of the Jewish pilgrims, according to Doron Spielman, vice president of the Ir David [City of David] Foundation, would have entered the city on this road. It is a road that Jesus almost certainly used during the Second Temple period, alongside many of the famous Jewish scholars and leaders of that period.

The project began after a 2004 sewage pipe break. In Jerusalem, any time construction workers are dispatched to fix something like that, they have to be accompanied by a team of archeologists.

“As they began breaking ground, the archaeologist noticed something significant,” Spielman wrote in the Times of Israel. “He carefully brushed away the dirt to uncover first century stone stairs, the likes of which had only ever been seen on the Southern Wall of the Temple Mount. He had found the biblical Pool of Siloam.”

Spielman noted that the find was a “significant distance” from other major discoveries. “Archaeologists began to theorize as to why the pool was so isolated,” he said. “Until they discovered an entrance to the ancient Pilgrimage Road which connects the most significant sites of that period, including the Pool of Siloam, City of David, Western Wall and Temple Mount.”

The Pilgrims’ Road project is not without controversy. It is part of the City of David, an open-air Jewish archaeological attraction built in the middle of the neighborhood of Silwan in southeast Jerusalem through purchases of Palestinian-owned property that have at times been contested in court, Reuters reported. Palestinians view the project and settlement activities in the Silwan district as moves by Israel to further cement control over areas it captured in the 1967 Middle East war, the wire service explained.

Artifacts found while excavating include a stepped structure, which Spielman said was likely used by prominent political and religious leaders of the time to preach to the masses, and one of the oldest depictions of a menorah, thought to have been carved by a child after seeing it at the Temple.