The only Catholic signer of the Declaration of Independence 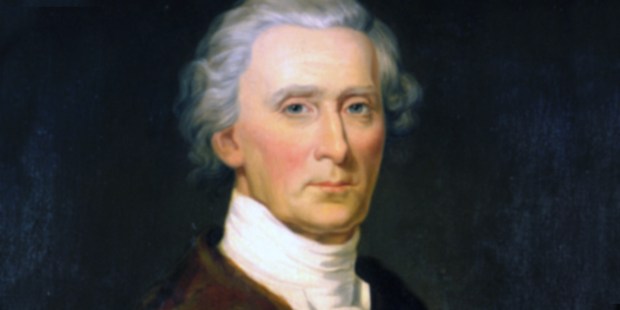 One key factor allowed this man to rise to prominence, despite being a member of the Church of Rome.

On the 4th of July, we commemorate the signing of the Declaration of Independence by the 13 American colonies from British imperial rule. Looking at that venerable document, we see affixed to the end a number of signatures. John Hancock’s famously dwarfs the others—likewise, the names of some of those men have had a larger stature in history compared to their fellows. While we all remember John Adams and Thomas Jefferson, names like Caesar Rodney or Button Gwinnett are less well-known.

One signature in particular should be of interest to Catholics: that of Charles Carroll, the only Catholic to sign the Declaration of Independence. His story can tell us much both about the American founding and about the beginnings of the Church in the United States.

Charles Carroll was born in 1737 in Maryland. While the colony was originally founded as a haven for Catholics, by Carroll’s time Catholics were not allowed to hold office or even vote. (A 1704 statute in Maryland placed these prohibitions into law in order to “prevent the growth of Popery in this Province.”)

While he was prevented from exercising these civic rights and duties, he was nonetheless able to exercise considerable influence thanks to one key factor: He was the richest man in the colonies, having a net worth with a modern-day equivalent to nearly half a billion dollars! He held a 10,000- acre estate and was an investor in various capital ventures.

His estate also included more than 1,000 enslaved persons, although Carroll maintained opposition to the institution of slavery, calling it “a great evil,” and supported its abolition. In contrast to many of his contemporaries, Carroll refused to break up families, supported the education of enslaved children, and once proposed a bill that would require all enslaved females to be freed at age 28.

As the tensions between the colonists and the crown grew, Charles Carroll became one of the most prominent voices calling for independence. He engaged in the practice popular at the time of writing pseudonymous newspaper tracts (as Alexander Hamilton, John Jay, and James Madison did under the name “Publius” in what came to be remembered as the Federalist Papers), writing under the name of “First Citizen.” Soon his identity was discovered, and he became famous as a representative for the cause of independence.

Carroll served at several committees and conventions in Maryland before being selected as one of Maryland’s delegates to the Continental Congress of 1776. He was chosen by the Congress as part of a group to convince Quebec to join the revolutionary cause. As a French speaker and fellow Catholic, he seemed ideally suited.

The quest did not ultimately succeed, despite the presence of the formidable Benjamin Franklin, as well as a Catholic priest—Charles’s own cousin, John Carroll, who would later become the first Catholic bishop in the new nation and the first Archbishop of Baltimore.

Thus, “Charles Carroll of Carrollton,” as his signature reads, was able to append his name to that famous manifesto. In fact, Charles Carroll was the last living signatory, after both John Adams and Thomas Jefferson died on, of all days, July 4, 1826—the 50th anniversary of the Declaration’s approval.

For the next several decades, Charles Carroll served his new country. He was a member of the Second Continental Congress, a member of the Maryland State Senate, and the first United States Senator from Maryland. All this after at one time not even being able to vote!

Carroll died in 1832 at the age of 95. He is buried in the chapel on the family estate at Doughoregan Manor in Maryland.

Read more:
Who were the “Know-nothings”? What was “Know-Nothingism”?