"Mud angels" did their part to save this magnificent Renaissance work of art.

When water flooded Florence’s Santa Croce Basilica in 1966, a team of volunteers picked up minuscule pigment fragments belonging to the beloved crucifix from muddy waters, allowing for its eventual restoration

Last April, the world looked on in shock as parts of Notre Dame Cathedral, one of the most universally known symbols of Catholicism, were destroyed by fire. Teams of architects, art historians and philanthropists are now at work to come up with a restoration plan to bring some of the cathedral’s spires to their former glory. But not many of us know that another key symbol of Catholicism, a painted wood crucifix by 13th-century Italian artist Cimabue, also struggled with a similar fate some 50 years ago. In that case, too, it was the coordinated efforts of experts and laymen alike that guaranteed its rescue. 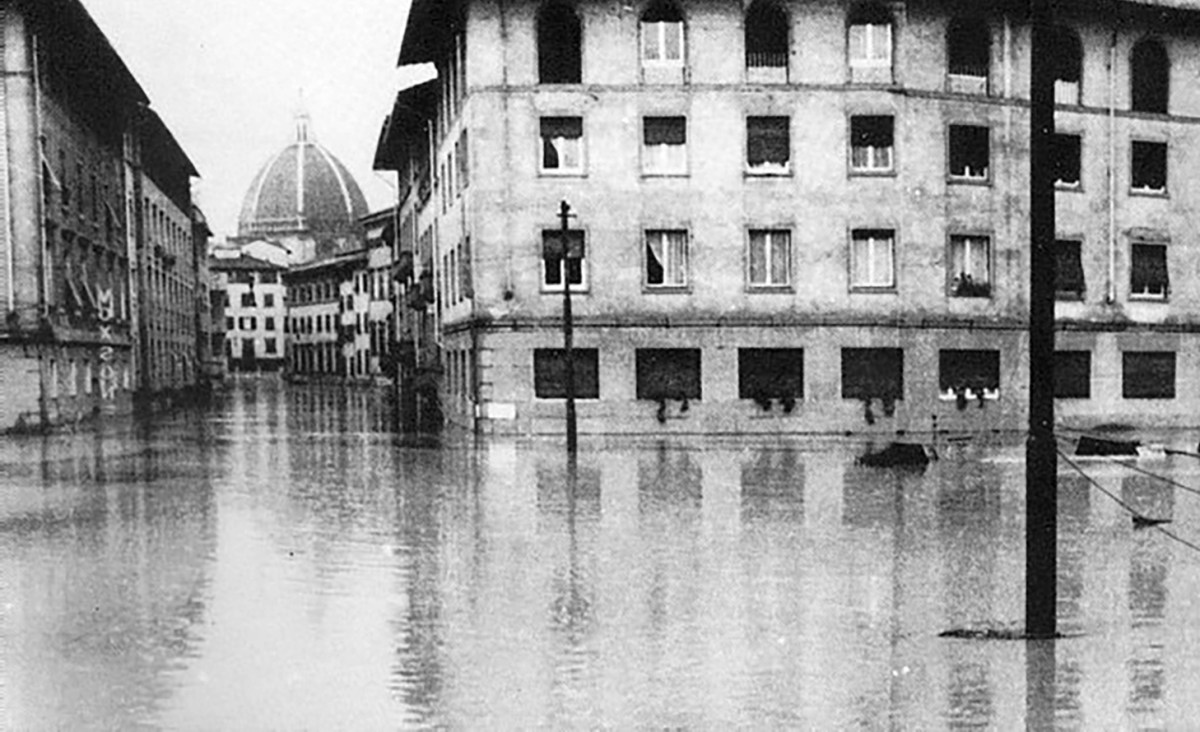 In 1966 heavy rainfall began to hit central Italy and by November 4, the river Arno, which passes through Florence, flooded its surroundings, killing 101 people and damaging thousands of works of art and ancient manuscripts.

Soon enough a powerful stream of water hit Santa Croce Basilica, the city’s main Franciscan church, breaking down its door and filling it to knee-deep level. As locals were frantically trying to flee the city, no one was around to take care of the vast art collection preserved inside Florence’s jewel church. By the evening, water had almost entirely submerged the basilica and all of its works of art. By the next day, the deluge began its retreat, leaving behind a coating of muddy water over Renaissance murals and paintings.

Images of the terrible damage suffered by Florentine churches started to circulate both in Italy and abroad and soon enough a small army of volunteers from all over Europe started to work at what can be considered the miraculous salvation of Florence’s cultural heritage.

The Cimabue crucifix, which had been completed by the Florentine master in 1275 by order of the Franciscan order, became a symbol of Florence’s post-flood resurrection. The “mud angels,” as volunteers were called, spent hours trying to clean its surface of mud, water and oil, which had covered it almost entirely. Cimabue had used distemper to coat the wooden crucifix, but nearly 60% of it was chipped off by water. Parts of the base itself also suffered great damage, with gouges marring the wooden structure.

After an initial clean-up by the mud angels, the crucifix was then transferred to the Florence-based restoration laboratory Laboratario del Restauro. Lead restorers Umberto Baldini and Ornella Casazza led a 10-year project to bring back the crucifix to Santa Croce. But their work could not have been accomplished if it wasn’t for the meticulous work of the “mud angels” who collected specks of pigment floating around the crucifix right after the flood.

According to some accounts, it was Father Cocci, who served at the basilica, who first noticed the fragments. He entered the church on November 5 on a boat and noticed flecks of painting floating in water, “some bright and gilded like tropical fish.” When he looked up and noticed the state of Cimabue’s precious works of art he immediately realized that those “floating tropical fishes” were bits of paint that belonged to the crucifix, and asked volunteers to collect as much as they could.