This saint was sent to Ireland before St. Patrick 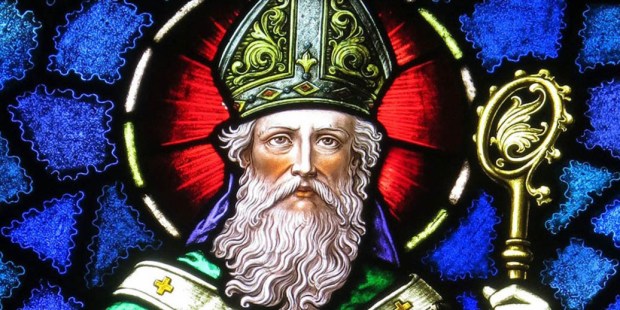 While Patrick became the “Apostle of Ireland,” he wasn’t the first bishop to preach on the Emerald Isle.

St. Patrick is well-known for embarking on a mission to convert the inhabitants of Ireland to Christianity around 432. However, he wasn’t the first bishop to travel to what later would be called “the land of saints and scholars.”

Read more:
Ireland: The land of saints, scholars and martyrs

It is believed that St. Palladius, a bishop who was possibly from Gaul, was sent to Ireland in 431, roughly a year before St. Patrick. According to the Catholic Encyclopedia, “The chronicle of the contemporary St. Prosper of Aquitaine present two import entries relating to Palladius … under the date of 431, in the consulship of Bassus and Antiocus: ‘Palladius was consecrated by Pope Celestine and sent to the Scots [Irish] believing in Christ, as their first bishop.'”

However, his mission was short and largely unsuccessful, as he was banished from the island.

In The Life of St. Patrick, there is a brief explanation behind his failed missionary journey.

Palladius was ordained and sent to covert this land lying under wintry cold, but God hindered him, for no man can receive anything from earth unless it be given to him from heaven; and neither did those fierce and cruel men receive his doctrine readily, nor did he himself wish to spend time in a strange land, but returned to him who sent him. On his return hence, however, having crossed the first sea and commenced his land journey, he died in the territory of the Britons.

There is some discrepancy with the historical record and various theories as to who this bishop was. Generally speaking it is believed that St. Patrick wasn’t the first missionary to Ireland and that someone else had preceded him.

It’s possible that St. Patrick learned about the failures of Palladius and was able to approach his mission in a different way.

Whatever the truth may be, the story of Palladius is a reminder to us all that sometimes, even our failures can work out for the glory of God and that sanctity is not contingent on our success in this life, but on following the will of God.

St. Palladius may not be remembered as favorably as St. Patrick, but he likely played a pivotal role in the conversion of Ireland to Christianity. He might have failed, but that may be exactly what God intended. In a certain sense, he was the “forerunner” who prepared the way for another to take his place and change the world.

Read more:
Did you know St. Patrick’s sister is also a saint?

Read more:
Wandering for the love of God: A brief history of pilgrimage in Ireland