Martyrs of the secrecy of Confession: The general wanted to know if they’d plotted against him 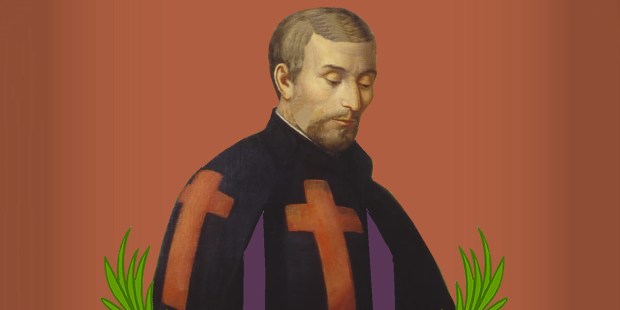 Father Peter Marielux (1825) was chaplain of the Spanish forces trying to ward off Peruvian independence.

“The sacramental seal is inviolable; therefore, it is a crime for a confessor in any way to betray a penitent by word or in any other manner or for any reason.”  CCC 2490

His name was Pedro Marieluz Garces, and he was born in 1780 in Tama, Peru. From an early age, Peter knew in his heart he was called to be a priest, and he followed that calling without looking back. He joined the Camillian Order and was ordained to the priesthood in 1805. Eventually he would be appointed a chaplain for the Spanish military, which managed Peru for the Spanish government.

General, you ask an impossible thing from me. I shall never sacrifice the salvation of my soul by revealing the secret of a penitent.

The Peruvian War of Independence had started in 1811. The end of this war was in sight as the rebels had laid siege to the Port of Callao. The siege had begun in 1824, and nine months later the rebels had fortified their positions. The Spanish army was in desperate need of supplies and ammunition. It was now 1825, and things were coming to head.

The Spanish soldiers had been held in the fort without supplies or reinforcements. The garrison was under the command of Don Raymond Rodil. With food being almost gone and rationing down to crumbs, many of the soldiers began grumbling.

The chaplain to the troops was Father Peter Marielux. Father Peter had been doing his best to keep the spirit of the soldiers upbeat, but it was getting more and more difficult. Lack of food and necessities plus increasing illness was wearing them down.

Despair was beginning to spread, and then Don Rodil was told of a plot to take him prisoner and surrender to the rebels. Included in the group were some of his most trusted officers. Hearing this he became enraged, even though he was not sure if the rumors were true. He wasted not a moment and had those he suspected arrested.

None of them would confess to anything. But that did not matter to Don Rodil. It was around 6 p.m. The “merciful” commandant gave the accused three hours to go to Confession with the chaplain. They would all be executed at 9 p.m. The number of men executed is unknown, but the order was carried out.

But the commandant was not finished. He knew the confessor, Father Peter, would know the dead men’s secrets. Even though they were now dead, he hungered to know the truth. He called the chaplain into his office.

The following information about the dialogue that took place between Father Marielux and the commandant is quoted from a copy of the December 17, 1925, edition of the Freeman’s Journal, a publication in Sydney, Australia.

Rodil: “Father, these scoundrels just executed have, no doubt, revealed in Confession all their plans and all the details on which they had placed their hopes. You must now disclose everything to me, and in the King’s name, I command you do so without concealing a name or a detail.”

Father M: “General, you ask an impossible thing from me. I shall never sacrifice the salvation of my soul by revealing the secret of a penitent. If the King were here in person, God defend me from obeying a similar order.”

The Brigadier’s face crimsoned, and, taking the priest by the arm, he shook him violently, shouting in a commanding tone as he did so: “You must disclose everything to me or I will shoot you.”

Father M: “If God desires my martyrdom, may His Will be done. A minister of the altar can reveal nothing of what is confided to him in the confessional.”

Rodil: “Do not speak to me in this way. You are a traitor to your King, your flag, your country, and your superior officer.”

Don Rodil then gave the order to the captain of the guards to get four soldiers with loaded guns. When they arrived, he told the priest to kneel down, then in an imperious tone, turning toward the holy victim, he said: “For the last time, in the King’s name,  I command you to reveal all you know to me.”

Father M: “In God’s name, I refuse to speak,” answered the priest, in a weak but determined voice.

The command was given and the shots fired. Father Marielux, the illustrious martyr of the Sacramental Seal, fell mortally wounded, his chest pierced with bullets. This occurrence took place on the 22nd of September, 1825.