Who is the biblical Rebecca? 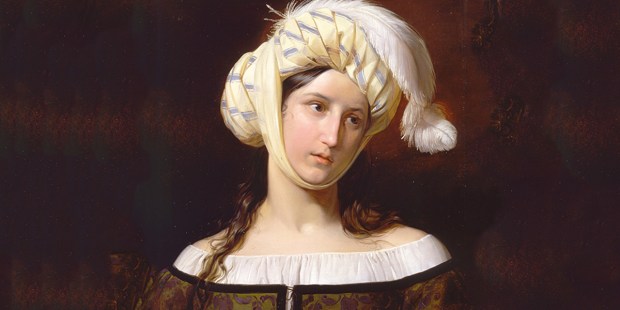 Sure, she is known for being Isaac’s wife and Jacob and Esau’s mother, but there is a lot more to the character.

Rebecca appears in Genesis as the wife of Isaac, and the mother of twins Jacob and Esau. But biblical tradition also claims she was also the grand-daughter of Milcah — Sarah’s sister — and Nahor — Abraham’s brother. This implies she belongs to Abraham’s family in her own right (she would be the patriarch’s grand-niece) and not only through marriage. But there is another trace in Rebecca’s personality that ties her to Abraham even more closely.

Let’s go back to Abraham’s own story for a second.

Genesis 18 tells the story of Abraham and Sarah’s generous hospitality to three visitors who came to them by the oaks of Mamre. Seminomadic life would often bring people from different families and regions into contact with one another, Canaan being part of a natural land bridge between Asia and Africa and, consequently, a popular trade route. In the absence of a formal industry of hospitality, which would only develop later, people living in cities, villages, small towns, and even encampments had a social obligation to welcome strangers.

Let’s take a look at the biblical text itself:

The Lord appeared to Abraham near the great trees of Mamre while he was sitting at the entrance to his tent in the heat of the day. Abraham looked up and saw three men standing nearby. When he saw them, he hurried from the entrance of his tent to meet them and bowed low to the ground.

He said, “If I have found favor in your eyes, my lord, do not pass your servant by. Let a little water be brought, and then you may all wash your feet and rest under this tree. Let me get you something to eat, so you can be refreshed and then go on your way—now that you have come to your servant.”

So Abraham hurried into the tent to Sarah. “Quick,” he said, “get three seahs of the finest flour and knead it and bake some bread.”

Then he ran to the herd and selected a choice, tender calf and gave it to a servant, who hurried to prepare it. He then brought some curds and milk and the calf that had been prepared, and set these before them. While they ate, he stood near them under a tree.

“Where is your wife Sarah?” they asked him.

Then one of them said, “I will surely return to you about this time next year, and Sarah your wife will have a son.”

Since Abraham addresses these three strangers in the singular (“My Lord”), and the text itself says “the Lord appeared to Abraham,” Christian tradition has read this passage as being a revelation of the mystery of the Holy Trinity. In fact, the famous Trinity Icon written by Andrei Rublev in the 15th century (surely the most famous of all Russian icons) reproduces this scene from Genesis, even including Abraham’s house in the back, an oak tree, and a dish containing the head of the calf.

But biblical hermeneutics and typology aside, there is a very simple, straightforward fact we need to focus on in this passage: were it not for their hospitality, Abraham and Sarah would have never had any children. It is precisely because they receive these strangers in their house that they also receive the blessing of having Isaac. In a nutshell, hospitality brings prosperity.

The same thing happens with Rebecca.

After Sarah died, Abraham sent his servant to his birthplace to find a wife for his son Isaac, who was already 37 years old. Abraham wanted to select a bride from his own family, rather than engage Isaac to a local Canaanite. To find the right wife for Isaac, Abraham’s servant came up with a test. As he stood at the central well in Abraham’s birthplace (Aram Naharaim) with his men and 10 camels laden with the very expensive gifts Abraham destined to the future wife of Isaac, he prayed to God:

And let it come to pass, that the damsel to whom I shall say, ‘Let down thy pitcher, I pray thee, that I may drink; and she shall say, Drink, and I will give thy camels drink also,’ let the same be she that thou hast appointed for thy servant Isaac; and thereby shall I know that thou hast shewed kindness unto my master (Genesis 24, 14).

As soon as he prayed, a young girl immediately came out and offered to draw water for him, his men, and his camels, until they were all sated.

That girl was Rebecca. It was precisely her hospitality that made her suitable to enter Abraham’s household and eventually become Jacob’s mother, just as Abraham and Sarah’s hospitality brought forth the blessing of having Isaac. Clearly, hospitality plays no small role in the Bible.