Martyrs of the secrecy of Confession: What had the prisoners revealed? 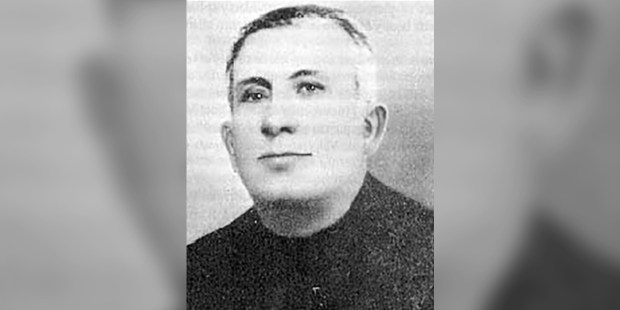 Father Mateo Correa was a victim of the Cristero War, unwilling to betray his fellow Catholics being persecuted.

“The sacramental seal is inviolable; therefore, it is a crime for a confessor in any way to betray a penitent by word or in any other manner or for any reason.”  CCC 2490

(See the first biography here: Martyrs of the secrecy of Confession: The general wanted to know if they’d plotted against him)

Mateo Correa Magallanes was born in Tepechitian, Mexico, on July 23, 1866. His family was poor, and his initial elementary education was not of high quality. Yet he had excellent academic skills, and benefactors stepped in and assisted the boy in getting into a much better school in Guadalajara. He finished his elementary schooling in 1879. In January of 1881, he was able to enter the conciliar seminary that was located in Zacatecas.

You may try to do so, but you ignore the fact, General, that a priest must keep the secret of confession. I am ready to die.

He was ordained a priest at the seminary in Zacatecas on August 20, 1893. Father Correa quickly became well-known in the area he served. His enthusiasm for his priestly work and his dedication made him stand out.

He was an excellent homilist and managed to inspire many people to avail themselves of the Sacrament of Confession. His zeal and love for the faith inspired many of the youth to become part of the Catholic Association of Mexican Youth of the area. Father joined the Knights of Columbus, becoming a member of Council #2140 in Zacatecas.

Father Mateo’s talents were not to be restrained. He initially assumed he would be assigned to a specific parish and stay there. But that did not happen. Instead, his priestly ministry began requiring him to serve in many different positions in various places. He was chaplain at San Miguel in Valparaiso, then he was appointed the assistant vicar in the same place. He became the chaplain of Mazapil in Zacatecas, a parish priest in Concepcion del Oro, Colotlan, Jalisco, Noria de Los Angeles, Guadalupe, and others. In 1923 he was assigned as vice-rector of the same conciliar seminary he had studied at 30 years earlier.

In 1924 Plutarco Calles became president of Mexico. He hated the Church, and using the power of the revised constitution, which basically shut down all things Catholic, he set out to fully implement these “laws.” His actions would result in what is known as the Cristero War, and many thousands would lose their lives. Calles’ main focus was the priesthood and men and women religious throughout Mexico.

Under Calles, the persecution, imprisonment, and executions of priests, religious, and  Catholics in general escalated quickly. Father Correa, like many other priests, tried to continue his ministerial work in secret. He would say Mass in people’s homes, in their barns, in fields, or wherever he could without being detected. He would visit the sick and administer Last Rites and hear Confessions as much as possible. However, he could not hide forever.

It was the beginning of February of 1927 when Father Magallanes was caught by the soldiers. He was on his way to bring Viaticum to a dying woman. When he saw the soldiers coming, he quickly consumed the consecrated Host to prevent its being desecrated. Father was arrested and taken to a nearby jail.

There were other prisoners in the jail and after a few days the commanding officer, General Eulogio Ortiz, gave Father Correa permission to hear their Confessions. Father gladly did his priestly duty, knowing most of these prisoners would be dying very soon.

As soon as he had heard the Confessions, the priest was brought before the general. General Ortiz demanded that he tell him what the prisoners had revealed. Father refused. General Ortiz told the priest they would “make him tell.” Father told him, “You may try to do so, but you ignore the fact, General, that a priest must keep the secret of confession. I am ready to die.”

Father Correa Magallanes underwent several days of torture but would not relent. At dawn on  February 6, 1927, Father was taken to a nearby cemetery. General Ortiz pointed a gun at his head and told him he had one more chance to save his life. Father Correa looked at him and the other soldiers holding their rifles pointed at him. His answer was quite simple, “Viva Cristo Rey” (Long Live Christ the King).

The priest died as a volley of bullets tore through his body. Once again, the Sacred Seal of Confession was not broken.

Father Correa was canonized a saint by Pope St. John Paul II on May 21, 2000, along with 25 other martyrs, mostly priests, from the Cristero War.

Father Mateo Correa Magallanes, pray for us, for all priest confessors, for a greater love of the Sacrament of Confession, and for all those legislators and politicians who would attempt to violate it.