This saint could rival Spider-Man 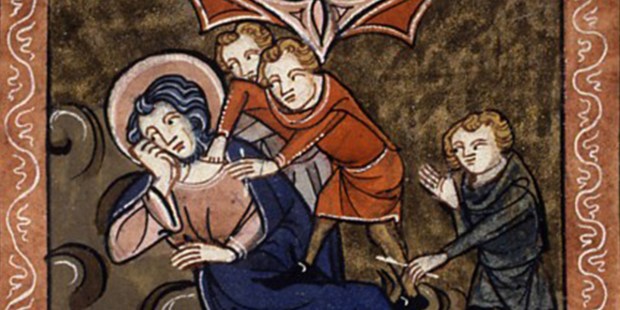 Many miraculous events are connected to St. Felix, patron saint of spiders.

Spider-Man is well known in popular culture for his extraordinary abilities that are linked to a radioactive spider-bite. He can climb walls, shoot webs and use his “spider sense” to get out of a bad situation.

One saint who could rival Spider-Man is St. Felix of Nola, commonly known as the patron saint of spiders.

He lived in the 3rd century and much of his life is steeped in legend.

According to the Golden Legend, St. Felix had a strong faith in God that protected him from some sticky situations. For example, “Whenever Felix was led before an idol to force him to sacrifice to it, he blew on it and it fell to pieces.”

Furthermore, his pagan enemies often fled in the sight of Felix as his presence brought them physical pain.

Some pagans came to seize Felix but were stricken with intolerable pain in their hands. They howled with the pain, and Felix said to them: “Say ‘Christ is God’ and the pain will leave you.” They said the words and were cured.

Felix could also sneak by undetected because of a few “spider friends.”

One day when he was preaching and his persecutors were looking for him, he slipped through a narrow opening in the wall of a ruined house and hid there. In a trice, by God’s command, spiders spun a web across the space. The pursuers, seeing the web, thought that no one could have gone through the opening, and went on their way.

With all of this in mind, the faith of St. Felix could certainly rival the radioactive abilities of Spider-Man, who at times is more reliant on his special suit than anything else.

If you ever find yourself in a tough spot, pray to St. Felix!