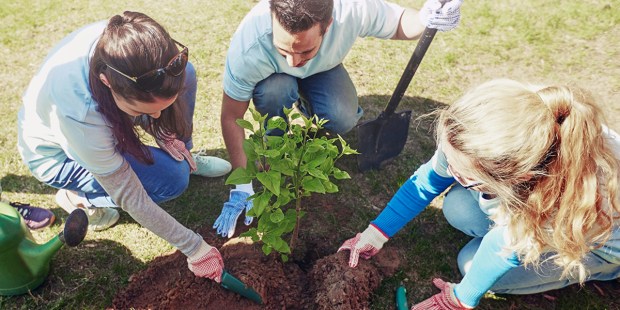 Study calculates which countries could help the most by planting trees, and where.

In the 1960s, the United States and the Soviet Union were in both a “Cold War” and a “Space Race.” America won in both categories, landing a man on the moon and witnessing the dissolution of the nuclear-armed USSR.

Today, Russia and the US have an opportunity to ramp up a new kind of “cold war,” against a common enemy—”global warming”—and race to use up their open space to help reverse climate change.

The “space” in this case is the land area in each country where new trees could be planted.

A study from Intergovernmental Panel on Climate Change (IPCC) found that adding an additional 3.8 million square miles of forestland could limit climate change to 2.5 degrees Fahrenheit by 2050, LiveScience reported. Researchers found that Earth has nearly 3.5 million square miles of area where new trees could be planted. “Doing so could cut carbon—a part of the greenhouse gas carbon dioxide—in the atmosphere by nearly 25%, bringing it down to levels not seen for nearly 100 years,” said the website.

The study shows where exactly the trees could be planted.

Meanwhile, a Catholic leader in Myanmar is encouraging people in that country to take part in a tree-planting campaign. Cardinal Charles Bo of Yangon joined Catholic social workers and young people to plant trees in a government-reserved forest area, UCANews reported.

The Catholic Church’s social arm, Caritas Myanmar, has been actively involved in a tree-planting campaign since June 18, which marked the fourth anniversary of Pope Francis’s encyclical Laudato si’ (On Care for Our Common Home).

“Environmental protection should be started by planting millions of trees. Trees are life-giving,” Cardinal Bo said in a video message. He urged every Burmese citizen to plant and care for at least 10 trees in order to make the country green again. “Prevent pollution, produce more oxygen and plant more trees,” he said.