Is there a patron saint for video gamers? 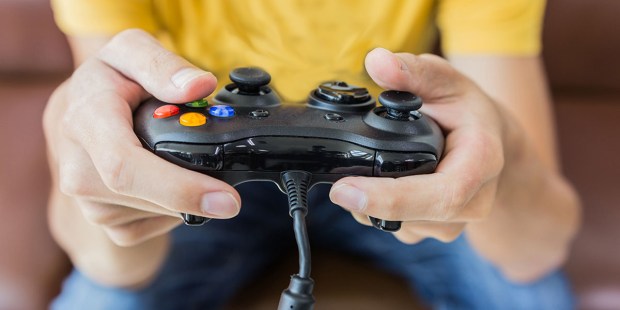 There are a couple of options, with one future saint who regularly played video games.

For some young people, saints can appear old fashioned and seem not have any connection to their modern interests. While there are plenty of saints for various adult professions, there don’t seem to be any saints for those children who love things like video games.

However, there are at least two saints who can be presented to children who are avid video gamers.

The first one is St. Aloysius Gonzaga, a Jesuit saint who lived during the 16th century. He is generally regarded as the patron saint of young people, as he died at the age of 23.

There is a popular story from his life that connects him to gamers.

One day St. Aloysius was playing chess with a few seminarians. Someone asked, “What would you do if you knew you had only one hour to live?”

While some said go to confession or receive Holy Communion, St. Aloysius reportedly said that since his superiors gave him permission to play chess, and he had no other pressing duties, he would finish the game as he believed it was God’s will at that moment.

Another (future) saint is Venerable Carlo Acutis. He was an Italian boy who died on October 12, 2006, at age 15, of leukemia. He was a “computer geek” and started a project to catalogue all the Eucharistic miracles of the world.

His mother told CNS, “Carlo led a normal life: He went to school, he played sports, he played video games, although usually just one hour a week because he understood that one could be enslaved by video games.”

If there is to be any patron saint for video gamers, it should be Carlo Acutis once he is officially canonized. He is the perfect saint for the average child or teenager in today’s culture and is a wonderful example of ordinary holiness.

For all those video gamers out there, invoke St. Aloysius Gonzaga and Ven. Carlo Acutis to help keep you focused on God while you have fun and not enslaved by technology.

Read more:
Whether it was fishing, playing video games, or skiing, these saints knew how to have fun!