Doctors told her 10 times to abort her baby, but she refused—and is glad she did 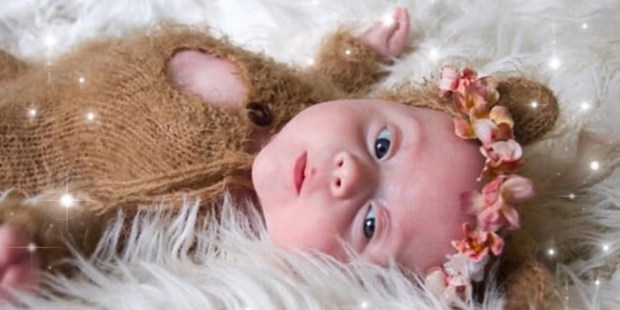 There were other options they weren’t telling her about …

Natalie Halson was 22 weeks pregnant when doctors in her native England began to tell her she should have an abortion.

After a regularly scheduled ultrasound, doctors suspected her unborn baby had spina bifida, a disorder in which the spinal cord doesn’t close properly during gestation. The effects can range from mild to severe, depending on the degree of deformation. Symptoms can include muscle weakness, partial paralysis, loss of sensation, incontinence, and brain damage.

The doctors were insistent that Natalie should terminate her pregnancy, assuring her that it was her best—or even only—option. In comments published in The Sun, she says, “They made out like an abortion was my only option, and explained that if I went ahead with the pregnancy, my baby would be wheelchair bound and have no quality of life.”

Fortunately, Natalie—an assistant radiographer, familiar with medicine—wasn’t one to be forced into a decision like this without doing her research. “When I got off the phone I went and did tons of research and found out that there were options for my little girl — I felt suddenly really angry that they’d made out I had none,” she says.

Indeed, surgery is possible to try to repair the spinal deformation, and treatments are available for many of the symptoms that might not be fully repairable. Children with spina bifida who undergo the operation and receive ongoing treatment may still have some difficulties or disabilities, but spina bifida isn’t necessarily a sentence to a miserable life.

Natalie chose to give her daughter a chance at life: she rejected the offer of an abortion, opting for reparative surgery instead. “Mirabelle wasn’t eligible for fetal surgery because her angulation of her spine was over the cut-off point. But there was still the option for an operation to re-fuse the nerves in her spine once she was born. It wasn’t a guaranteed fix but it was our best option.”

Still, the doctors insisted she abort. “I was offered an abortion at every appointment I had up until the day she was born — about ten times in all,” Natalie recounts. “It was so insistent even after I’d repeatedly said no, but it was getting offered a termination just weeks before she was born that really upset me.”

Mirabelle, Natalie’s daughter, was born by an emergency C-section at Liverpool Women’s Hospital at 38 weeks. The baby was taken immediately to Alder Hey Children’s Hospital, where an expert would operate on her the following day. The operation was a success: “They told me that they’d reattached all the nerves in her back like a zip. I was so emotional, I couldn’t stop crying,” Natalie says.

Maribelle is now at home, and recuperating well. She still has challenges to face as a result of her disorder, but she is making good progress, and is healthy overall. Her mother happily reports, “I take her swimming twice a week, she had physiotherapy, she responds to touch on her legs, so it’s all looking very positive.”

Today, Natalie is very grateful that she didn’t give in to the pressure to abort. “There are some days that I just want to be able to see into the future, to see how able she’ll be but really it makes no difference to me at all. I love her just the same either way. I know that she’ll reach her milestones in her own time. I fight every day for the best life for her. I consider myself a very strong person but it’s been an incredibly tough journey.” Remembering how she was pushed to choose death for her baby, she says, “I look at Mirabelle now and think ‘I wouldn’t even have known you.’ It doesn’t bear thinking about.”

The key words here really are, “It makes no difference to me at all. I love her just the same either way.” Love sees through disability to see a person who deserves life. We should love and support each person based not on what they can do, or what we think they might be capable of, but based on who they are: persons made in the image and likeness of God. We cannot know what God has planned for anyone, healthy or not. We are called to love each and every person, from conception to natural death, and to do what is in our power to ease their suffering and give them the best opportunity to realize the potential that God has given them, here and in eternity.