In the trenches of New York City’s ongoing abortion war

Pro-lifers push back as NYC becomes the first city in the USA to directly fund abortions.

Legislators in New York City have taken another step forward in promoting their pro-abortion agenda last month, allocating $250,000 to support women from other states wishing to travel to the city to obtain an abortion. In this unprecedented act, this will be the first time the city has directly funded abortions.

But pro-life New Yorkers aren’t taking the move lying down. And on July 6, undeterred by the acts of government officials, a dedicated group united in prayer to face the challenge. Members of the Franciscan Friars and Sisters of the Renewal, Sisters of Life and Frassati Fellowship joined to show their support as well.

On the first Saturday of each month, the group gathers at Old St. Patrick’s Cathedral in lower Manhattan for Mass and Adoration and then takes their prayers to the streets and processes to the Planned Parenthood facility at Margaret Sanger Square, on the corner of Bleeker Street. 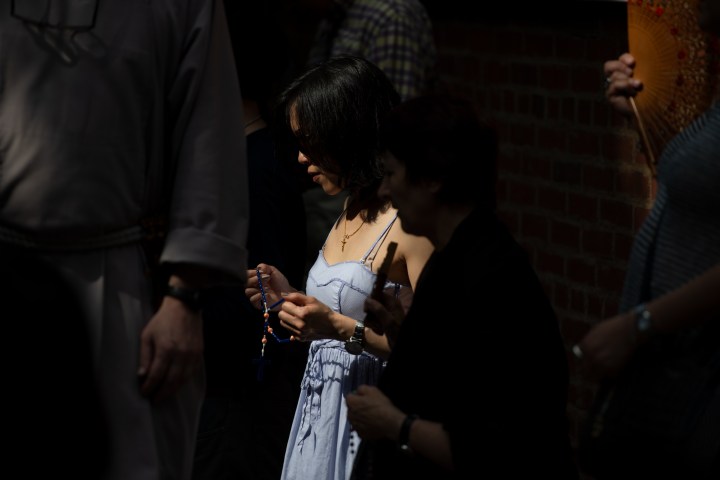 Across the state there has been a groundswell of pro-life activism in direct response to the sweeping changes made to reinforce abortion access in certain states. In New York events such as the ALIVE event in Times Square are taking their message of life to the heart of the city, while 40 Days for Life and Witness for Life events are proliferating throughout the region.

America has arrived at a crossroads on this ethical battleground. Battle lines have been drawn at both the state and federal levels and lawmakers on both sides of the issue are digging in.

But the ultimate victory will not be made with the signing of a law, it will be by the conversion and awakening of the culture to the reality that women’s rights and the rights of the unborn are not mutually exclusive, and that both can harmoniously exist in a truly civil society. That will be the victory of the age.