Could this young woman be Australia’s next saint? 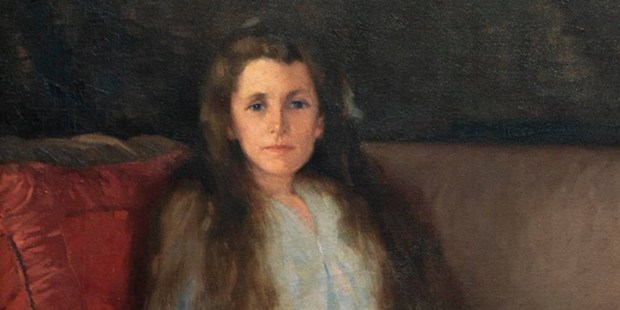 Eileen O’Connor spent her short life working for the sick and poor of Australia.

For Eileen O’Connor, a paralyzing break in her spine at the age of 3 did not cripple her zeal for helping other people. Even though she would be a wheelchair user for the rest of her life, O’Connor did not let the situation restrict her in being an active missionary of the Gospel.

Eileen Rosaline O’Connor was born in Richmond, Australia, on February 19, 1892. By the time she was 10 her family would move near Sydney and she would be as active as she could in her school and local parish.

Despite being in constant pain, O’Connor was known for her joyful disposition. Later on she related a possible vision of the Virgin Mary who encouraged her to offer her pain for the salvation of others.

She eventually was introduced to a young Missionaries of the Sacred Heart priest, Father Edward McGrath. O’Connor and McGrath shared a similar spiritual love of the Virgin Mary and became close friends.

O’Connor would relate to McGrath her private revelations from the Virgin Mary and McGrath explained to her his desire to establish a religious order of sisters who would help the poor and sick.

While O’Connor could do little to help McGrath establish the order, she quickly assumed responsibilities when he founded Our Lady’s Nurses for the Poor, affectionately known as the “Brown Nurses” for their brown habit honoring St. Joseph.

According to the Catholic Weekly, O’Connor’s role in the early formation of the religious order was pivotal.

Every morning, the nurses would go out into the streets and people’s homes to help while Eileen, paralyzed in all but her left arm at this stage, would organize where they had to go with her telephone while sitting up in bed.

Fr McGrath later described her role as: “Almost from the first day in the home, Eileen at my special request, in spite of her infirmities, assumed responsibilities. She was to be, and really was their loving Little Mother.”

Over the following years, seven young women entered Our Lady’s Home where each evening Eileen made a point of gathering them in her room for a time of talking and singing.

However, her condition only worsened over time, and she died on January 10, 1921, shortly before her 29th birthday.

Many believed she was a saint, and in 1936 her body was found to be incorrupt. Her cause for canonization was eventually opened by the Archdiocese of Sydney, and on March 21, 2018, a postulator was appointed to help further her cause in Rome.

Read more:
How Australia was placed under the care of St. Mary, Help of Christians