Martyrs of the secrecy of Confession: How many beatings would he take? 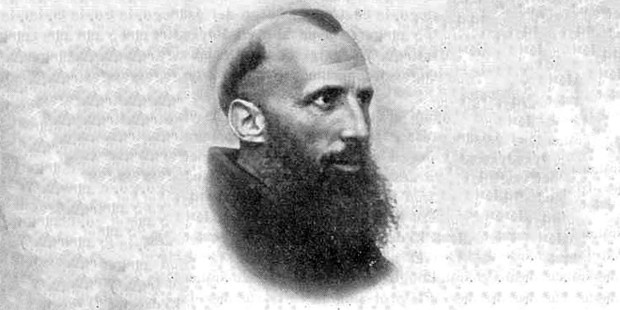 Blessed Fernando Olmeda Reguera wasn’t about to betray his priesthood. He is one of the many victim priests of the Spanish Civil War.

Part 4: Martyrs of the secrecy of Confession: Would one priest betray another?

Part 5: Martyrs of the secrecy of Confession: His high-profile penitent caught the authorities’ eye

Fernando Olmeda Reguera was born in Santiago de Compostela in northwestern Spain on January 10, 1873. Following his religious calling, he joined the Capuchin Order of Friars Minor and was ordained to the priesthood on July 31, 1904.

When the Spanish Civil War began on July 17, 1936, Father Olmeda was serving as the provincial secretary for the Capuchin Order. Like many priests and religious, he was forced to go into hiding. He moved among the homes of different friends and tried his best to stay “under the radar.” He also carried on his priestly ministry as discreetly as possible. However, he was seen and apprehended during the first week of August 1936, when the Civil War was three weeks old.

He adamantly refused to reveal the confessions and was severely beaten again. They gave him some time and asked him again to cooperate. He refused and was beaten, again.

Father Olmeda was taken to an old fortress outside of Madrid. The jail cells at the fort were quickly being filled with Catholic religious and laypersons. Father Olmeda’s initial admission to the jail included a severe beating from the soldiers. It would not be his last.

Father was given permission to hear the confessions of the other prisoners, especially the ones who were about to be executed. He gladly offered the prisoners the Sacrament.

Since Father Olmeda was 63 years old, many of the others imprisoned with him were much younger. So, besides being a priest, he represented a paternal quality that proved to be of extra comfort to the doomed prisoners. It may have been a small blessing, but it was something.

Father Olmeda quickly discovered that his captors wanted much more from him. He was brought into the commander’s office and told he would have to write down all that he had heard in the confessions. He was told his only other option was death.

They finally realized that Father Fernando Olmeda Reguera would never break his vow to protect the Seal of Confession. He would be of no more use to them.

A makeshift populist tribunal condemned Father to death. His crime—”not revealing the secrets other prisoners had told him in confession.”

He was taken outside the fort and executed by firing squad. The date was August 12, 1936.

Father Fernando was beatified by Pope Francis in Tarragona on October 13, 2013.  His remains are entombed in the Basilica of Jesus of Medinaceli in Madrid.

Read more:
California bill that would violate seal of confession withdrawn from consideration