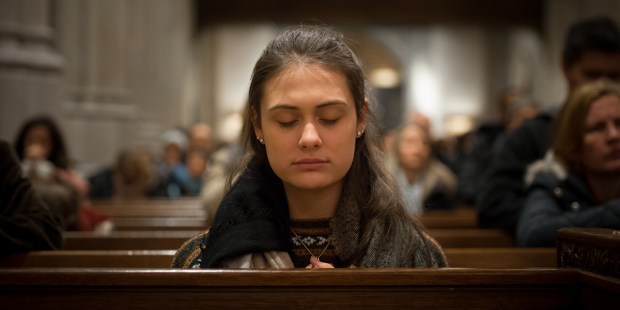 St. Alphonsus Liguori believed a successful spiritual life hinged on this one action.

In today’s world, many are searching for a “secret formula” for finding peace within their soul. There are countless theories or spiritualities that claim to have the solution, but St. Alphonsus Liguori discovered something that many of us forget could lead to an everlasting peace.

He wrote in Uniformity with God’s Will that, “the more one unites his will with the divine will, the greater will be his love of God.”

Liguori went so far as to say, “Mortification, meditation, receiving Holy Communion, acts of fraternal charity are all certainly pleasing to God — but only when they are in accordance with his will. When they do not accord with God’s will, he not only finds no pleasure in them, but he even rejects them.”

He then gave an example of what he is talking about.

To illustrate: — A man has two servants. One works unremittingly all day long — but according to his own devices; the other, conceivably, works less, but he does do what he is told. This latter of course is going to find favor in the eyes of his master; the other will not. Now, in applying this example, we may ask: Why should we perform actions for God’s glory if they are not going to be acceptable to him? God does not want sacrifices, the prophet Samuel told King Saul, but he does want obedience to his will. The man who follows his own will independently of God’s, is guilty of a kind of idolatry. Instead of adoring God’s will, he, in a certain sense, adores his own.

The greatest glory we can give to God is to do his will in everything.

Read more:
Practical advice on how to discern God’s will

Obedience to God’s will takes a certain type of humility that is willing to let go of our own desires to follow the desires of God. It means that we do not make major decisions in life based on personal preferences or feelings, but on careful prayer and discernment, taking everything before God.

This requires a firm trust in God, believing that God wants our ultimate good and happiness. It’s often difficult to trust that God knows best, but the truth is that peace will always accompany an adherence to God’s will.

Liguori relates another story of a monk who was questioned by his abbot whether or not he is discouraged by various tragedies, such as a recent raid of the monastery by vandals.

“On the contrary, I returned thanks to God — as is my custom in such circumstances — fully persuaded that God does all things, or permits all that happens, for his glory and for our greater good; thus I am always at peace, no matter what happens.” Seeing such uniformity with the will of God, the abbot no longer wondered why the monk worked so many miracles.

If we try our best to unite our will with God’s will, we will discover a peace no one can take away from us.

Read more:
Resisting God’s will? Soften your heart with this prayer to the Holy Spirit

Read more:
An honest prayer to discern God’s will