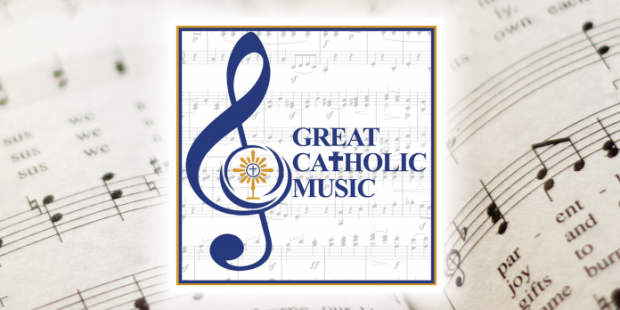 Immerse yourself in Catholic music by Catholic artists, 24 hours a day!

Faith-based music is really coming into its own in the 21st century, as it has found a stable, growing audience. In fact, the demand for good Christian music has risen so high that one of the biggest radio stations in New York, WPLJ, was recently sold to a Christian broadcasting company.

The surge in popularity is due, in large part, to the efforts of Christian artists to broaden their sound to the secular, while maintaining their spiritual themes, as well as the works of crossover secular artists. The result has been an ever-growing catalogue of Christian music with hooks as catchy as its secular counterparts, which in turn draws listeners who enjoy spiritual elements.

It’s more common than ever to hear Christian songs on the radio, but while the new popular styles have helped to expand their fan base, there’s nothing like real sacred music, music composed expressly for use in the liturgy or prayer. Sacred music is the basis of all of Western music, and its composers are responsible for developing the written musical language we use today.

On its website, app producers describe some of the fantastic music they provide:

From the meditative chant of cloistered Benedictine monks to the traditional hymns of Sunday Mass like “How Great Thou Art,” to the contemporary Catholic songs of Matt Maher and Audrey Assad, we have the music to bring you peace, lift your spirits and transform your soul.

The Great Catholic Music app works like a radio station; rather than giving listeners access to their vast library, they offer a simple stream. This means everyone in the world who listens to Great Catholic Music is listening to the same song, is present for the same prayer, united under one melody, and gathered in Christ’s name.

As they boast on their homepage, no other music streaming service is completely dedicated to the sounds of the Catholic faith by Catholic artists. They have taken on the mission to bring listeners closer to God and experience the melodies, songs, chant, and hymns of the Universal Church like they never have before.

Great Catholic Music is free to download on Apple or Android or it can be streamed through their website here.