All the Gospels, early Christian texts, and historians of Late Antiquity refer to him as “Iesous” (a Greek transliteration of the original Hebrew name “Joshua”), but some apparent discrepancies in the Gospels themselves might shed light on this question.

All modern scholars of antiquity (or, at the very least, the clear majority of them) agree that Jesus existed historically, that he was a Galilean Jew who was baptized by John the Baptist and started his own ministry right after. They also agree when claiming that, very much à la Socrates, he preached orally, was referred to as “rabbi,” and left no written documents of his own. Most of these scholars also affirm Jesus was arrested, tried, and executed by Roman authorities. In sum, archaeological, historical, bibliographical, scientific research claims there was a historical figure by the name of Jesus who lived around 2,000 years ago.

But was his name really Jesus? Whereas all the Gospels, early Christian texts, and historians of Late Antiquity in fact refer to him as “Iesous” (a Greek transliteration of the original Hebrew name “Joshua”), some apparent discrepancies in the Gospels themselves might shed light (or not!) on this question.

Let’s look at the gospels of Matthew and Luke.

The Gospel of Matthew begins with a genealogy of Jesus that goes all the way from Abraham, through David, to Joseph, thus presenting Jesus as a member of the House of David. However, Matthew also indicates Joseph is not Jesus’ natural father. One only finds one occasion in Matthew’s Gospel in which Jesus is referred to as “the carpenter’s son” (Cf. Matthew 13, 55). On the contrary, his gospel clearly says Mary was betrothed to Joseph when he found her “with child of the Holy Ghost.” Joseph was about to break their engagement when an angel appeared to him in dreams, revealing the divine origin of the child. The text itself reads (Cf. Matthew 1, 22-23):

But why is the angel telling Joseph to name the child “Jesus,” if the prophecy clearly says, “they shall call his name Emmanuel”? There seems to be some general angelic confusion going on here, since the angel also tells Mary, in the Gospel of Luke, to name the child Jesus (Cf. Luke 1, 30-31):

The angel told her, “Don’t be afraid, Mary. You have found favor with God. You will become pregnant, give birth to a son, and name him Jesus.”

So, did the angels get the prophecy all wrong?

Not necessarily. There is a difference between calling (“they shall call his name Emmanuel”) and naming (“you are to give him the name Jesus”). To solve this apparent puzzle, we need to take a closer look at the name Immanuel and the biblical tradition behind it.

The first time the name Immanuel appears in the Bible is in the book of Isaiah, in chapters 7 and 8. However, the name here has no messianic meaning whatsoever at first sight. It simply appears listed among other names, as a sign of God’s protection over the House of David during a time of war. Long story short (it is indeed a long, often confusing one), when the kingdom of Judah was at war with two other neighboring kingdoms, Isaiah took king Ahaz’s son, Shear-Jashub, assuring him his enemies would not succeed. The name Shear-Jashub is a symbolic one, as it literally translates “a remnant shall return,” implying not all his soldiers would die in the fight, or that his people would not be crushed by the enemy. Isaiah also refers to another child, his own, named “Maher-Shalal-Hash-Baz,” also a symbolic name meaning “hurry to the spoils.” A third child is then mentioned in these texts, this one named Immanuel:

And he said, “Hear ye now, O house of David; is it a small thing for you to weary men, but will ye weary my God also? Therefore the Lord himself shall give you a sign; behold, a virgin shall conceive, and bear a son, and shall call his name Immanuel. Butter and honey shall he eat, that he may know to refuse the evil, and choose the good.” (Isaiah 7, 13-15).

Although there is discussion regarding what the prophet meant, rabbinical tradition and some scholars explain he was pointing out to the fact that any young woman who was pregnant during the war was going to be able to survive it, the name “God is with us” being a thankful gesture for God’s protection during harsh times. However, Matthew’s Gospel understands this text differently, reading Isaiah’s text as prophesying the coming of the Messiah, the Incarnation of God, literally “God is with us.”

So, why the name Jesus, then?

The name Yeshua (the original form of the Hebrew name, itself being a derivation of the earlier Yehoshua) was relatively popular in Judea in Jesus’ time. One finds in the works of Flavius Josephus, the 1st-century historian, at least 20 different persons called Iesous. Also, he is not the first character to be named Yeshua (Joshua) in the bible (remember the Book of Joshua in the Old Testament?). The name, etymologically, means “God saves,” “Yahweh is salvation,” “Yah saves.” This is indeed the name all the Gospels use to refer to Jesus.

Does this mean Jesus had two names? A middle name, perhaps?

Well, that is not the case either. A Jew in Jesus’ day would only have one name, sometimes followed by either “son of” and the father’s name (that’s how Philip refers to Jesus, “Jesus son of Joseph from Nazareth” in John’s Gospel) or by the person’s hometown (as in Mark 10, 47, “Jesus of Nazareth”).

The answer is that “Immanuel” is rather more of a title than of a name, precisely like “Christ.”

Isaiah’s text also explains the Messiah “will be called Wonderful Counselor, Mighty God, Everlasting Father, Prince of Peace” (Isaiah 9, 6). Jeremiah explicitly says “the King who will reign wisely” will be called “The Lord is our righteousness.” Of course, none of those are actual names. These are rather attributes that describe who the Messiah is. In Hebrew, “to be called” and “to be” often mean the same thing, so “being called Immanuel” means, in the end, that “he will be the God living with and among us.” By nature, he is the Immanuel. By name, he is Jesus, “the name above all names” (Cf. Philippians 28, 11).

Make sure to scroll through the slideshow below to discover some of the most important places in the life of Jesus. 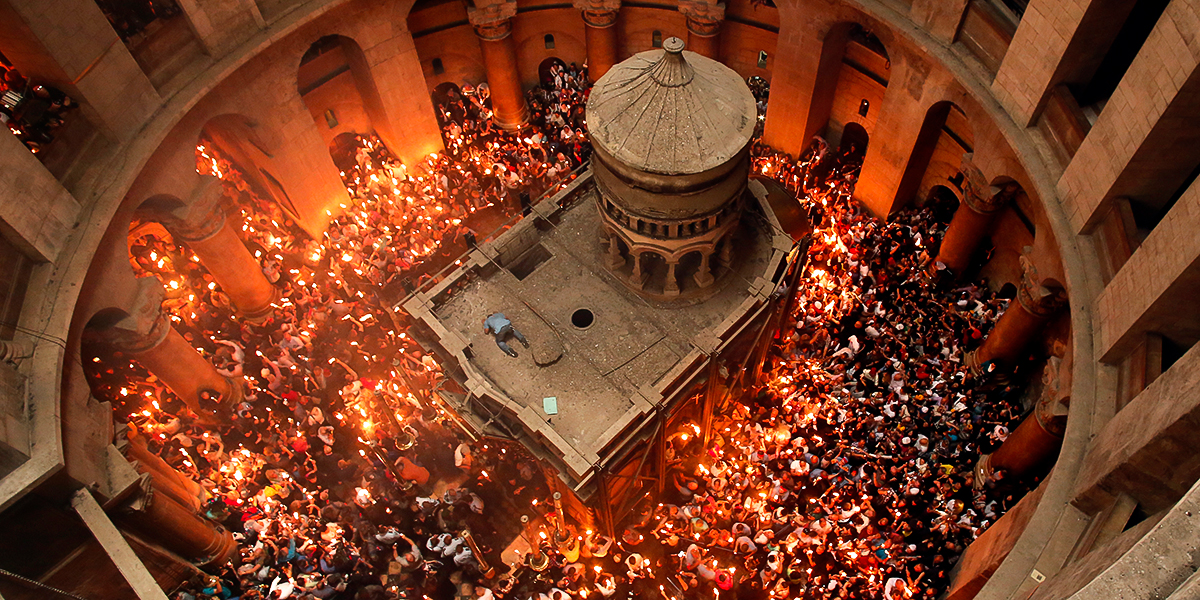