What is a Christian mystic? 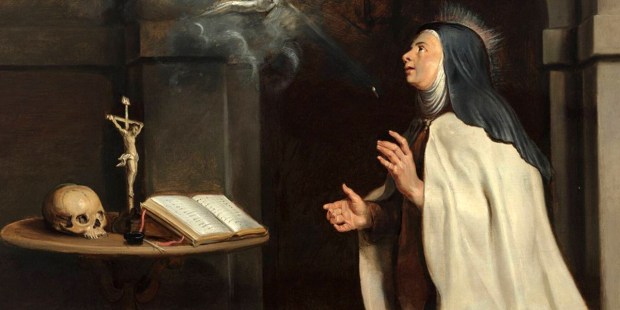 Mystics are those people who have a unique connection to God that many of us do not understand.

In many spiritual traditions there is talk about “mystics” or “mysticism.” In the Catholic Church, this has a particular definition and describes a number of saints who are known as mystics.

The word mysticism is not surprisingly related to the word “mystery.” In this context being a mystic is automatically shrouded in mystery and is difficult to describe to someone on the outside.

On the other hand, mysticism in the Christian tradition is quite simple and in a certain sense is the goal of every Christian.

The Catholic Encyclopedia explains, “Mysticism considers as the end … the direct union of the human soul with the Divinity through contemplation and love, and attempts to determine the processes and the means of realizing this end. This contemplation, according to Mysticism, is not based on a merely analogical knowledge of the Infinite, but as a direct and immediate intuition of the Infinite.”

A mystic is someone who desires union with God and actively tries to foster that union. At times this union is miraculously expressed through spiritual ecstasies or visions, but it is not always the case. A true mystic does not seek out these extraordinary experiences, but they often occur because their heart is in such a profound union with God.

Mystics are often mysterious people as they live partly in this world, and partly in the next. Their union with God is so close that they have a difficult time remaining on earth as they desire more and more to be fully united with their ultimate love.

The Church is full of mystics and in a certain sense, all saints could be considered “mystics” in their own way. Each desired to be fully united with God and followed his will to achieve that end. Some of the more famous mystics are St. Padre Pio, St. John of the Cross, St. Teresa of Avila and St. Margaret Mary Alacoque.

In a certain sense, the goal is not to become a mystic, as if it were a title to be gained, but to achieve a profound and loving union with God. This is why we should all be “mystics” in our own way, aiming our lives to that ultimate goal that would be fully realized until the end of our life.

Read more:
Blessed Conchita: One of the great mystics of the 20th century was a wife and mother