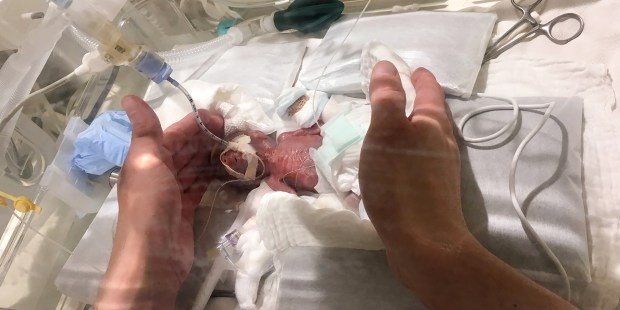 Agency outlines the rights of premature babies and abortion survivors to same medical care available to everyone.

A U.S. Department of Health and Human Services agency has reissued a memorandum reminding hospitals of their obligation to treat all infants “born alive,” including those who have survived abortions.

The Centers for Medicare & Medicaid Services first issued the memorandum in 2005, following the passage of the Born-Alive Infant Protection Act of 2002. The memorandum serves as a reminder to hospitals of their obligation to provide emergency medical treatment to every infant “at any stage of development.”

Under the Born-Alive Infants Protection Act, an infant is defined as an “individual” and is entitled to protection of “individual[s]” under the Emergency Medical Treatment and Labor Act (EMTALA), which requires emergency departments to provide medical treatment to any individual who comes to the hospital suffering from an emergency medical condition.

Under the legislation, to be “born alive” refers to a human being that has been expelled or extracted:

Earlier this year, following the uproar that ensued after Virginia Delegate Kathy Tran said in a committee hearing that a bill she was sponsoring would allow abortion when a woman was showing signs of labor, U.S. Senator Ben Sasse (R-NE) sponsored a bill that would have threatened doctors who fail to treat survivors of abortion with prison time.

The Born-Alive Abortion Survivors Protection Act, which did not get the 60 votes it needed to move forward, would have required that doctors faced with a baby born alive after a failed attempt at abortion ensure that the baby “is immediately transported and admitted to a hospital.” Doctors who failed to comply would face a fine and up to five years in prison.