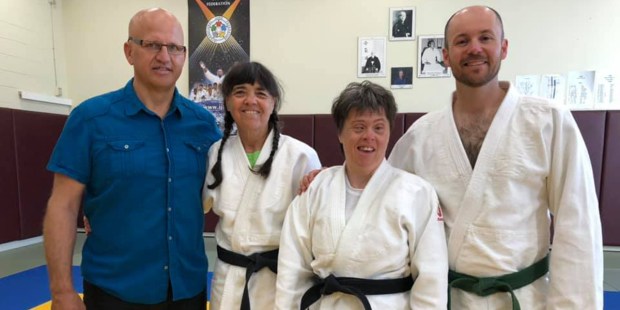 Now, she wants to become her teacher’s assistant.

Caroline Filion, 45 years old, is the first judoka with Down syndrome to obtain a black belt in Canada. She earned this precious title on May 18, as the fruit of her determination, hard work, and desire to win. On the day she presented her exam at the dojo in Beauport, Quebec, everyone was paying such close attention that you could have heard a pin drop, reports Radio Canada. The athlete had been practicing diligently for weeks, and after earning her back belt, she declared herself “very proud”—and rightly so, we might add.

Due to her genetic condition, some of the usual judo movements were difficult or even dangerous for her (Down syndrome typically causes joint instability), so the exam was adapted to her situation; nevertheless, Caroline Filion won her title fair and square. Her next challenge? Becoming her teacher’s assistant. It seems like nothing can stop her anymore. Osae-komi!