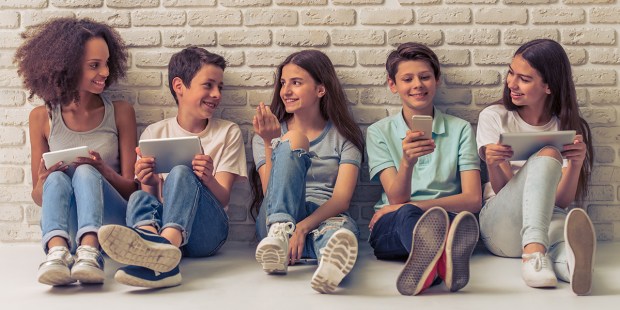 Prevention is the best approach.

It’s a fact: hypersexuality is invading schoolyards. The availability of pornography on the internet and growing permissiveness in the media in general has led to earlier exposition of children to sexual content and to more precocious sexual experimentation. Often children and adolescents don’t understand the intimate nature of sexuality, and this, combined with misuse of social networks, creates a dangerous environment.

As a parent, should we see precocious sexual curiosity as mere youthful nonsense, or as a major issue in the emotional education of our children? Aleteia spoke with Françoise Guinard, a French expert on the topic …

Aleteia: Is this phenomenon of hypersexualization among young people something new? If so, what is making it more and more prevalent, to the point of permeating the social life of children in schools?

Françoise Guinard: This exaggerated and open sexuality appeared from the moment smartphones fell into the hands of children. They have access to social networks, and to inappropriate and pornographic advertising content. Despite the ban on telephones at some schools (in France, cell phones are banned from schools from kindergarten through the 9th grade, Ed.), students connect in the bathrooms or after school.

Why is it so powerful, so contagious?

Because middle-school age is when children seek to gain value in the eyes of others. They want to show their friends what they saw, and the more shocking, the more valuable it is! And their friends don’t dare to say no or turn their heads, for fear of being seen as a nerd.

Some parents at Mios high school (a school in France where the problem was recently reported to be particularly severe) reacted by saying: “It’s typical for their age!” But is it really?

No, it’s not typical of their age. Adults sometimes tend to trivialize sexuality. The law prohibits minors from accessing any form of pornography, but in practice, minors are not protected at all. Parents are the first educators of their children. It is up to them to guide them in discovering their emotional life, and the world of relationships and sexuality. But it is true that they often feel helpless to discuss these subjects with them.

So how can we approach the topic?

It is essential to talk with our children about the notions of modesty, intimacy and respect: respect for oneself and for others. “My body is me.” Taking care of your body means respecting it. And respecting your body also means knowing how to say “no.” It is typical for their age to have a certain curiosity about the human body, about sexuality, and a desire to discover how it works. But in this case (social media, pornography etc.), the means of satisfying this curiosity is not good in itself, because it puts shocking images of the body in the brain.

What is the danger?

The danger is that the children will be both shocked and bewitched by the force of these images, and will return to them, because of their powerful impact on the brain. So there is a risk of forming a habit, and then addiction.

What can you say to your child who is entering 6th grade, for example, since he or she will necessarily be confronted, at one time or another, with such behavior on the playground or in the school environment?

First, I would say to avoid penalties or punishments that may increase the attractiveness of these practices for young people. I recommend focusing on prevention through information and dialogue, to help the young person to reflect and take a step back from these behaviors: What kind of experiences do I want to have? What effect do they have on me? And on others?

It’s important to warn your children that images and videos related to sexuality may be circulating at school, and that some children are curious about this subject. Inform them that these images of the body are, above all, made for an adult audience, that there are beautiful images of the human body but also others where it’s degraded and damaged. Tell them that these images are degrading, even disgusting, and that it is a huge industry designed to make money. If children are confronted with this kind of content, it’s really necessary to talk about it, even if they haven’t tried to see it, because it can make them feel very guilty.

Read more:
How Technology in Schools Harms Our Kids