Meet the cave in Turkey where Saint Peter celebrated Mass 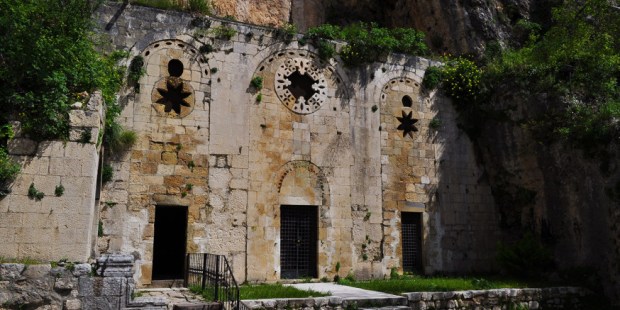 The “grotto of St. Peter” in Antioch is considered one of the first churches of Christianity

Chapter 11 of the Acts of the Apostles says that Antioch was the city in which, for the first time, the disciples of Jesus were called “Christians.” Tradition has enthroned Peter as the founder of the Church of Antioch, following the narration of the very same Book of Acts, which tells not only of the arrival of Peter and Barnabas to the Turkish city, but also of their preaching.

Moreover, this very same tradition claims that it was in the Knisset Mar Semaan Kefa (“Grotto of St. Peter” in Aramaic) where Peter would celebrate the Eucharist for this community. That is to say, this little cave could be the first place of worship of the ancient Church of Antioch.

Located in one of the slopes of Mount Starius, the cave has a depth of just thirteen meters and a height of seven, from floor to ceiling. The oldest parts of the building we see today, built around the original, simple cave dug in the mountain, are from the 4th and 5th centuries, and include a series of mosaic floors and a few frescoes which have been preserved on the right side of the altar.

Centuries ago, a series of small aqueducts brought water (considered miraculous) from nearby springs into a small designated area where baptisms were celebrated, but a series of relatively recent earthquakes rendered these channels useless.

When the Crusaders took Antioch during the First Crusade in 1098, a facade was added to the cave, which was rebuilt eight centuries later, in 1863, by Capuchin friars, by order of Pope Pius IX.

Today, the cave is only used as a museum, but, with permission, some religious ceremonies are held.