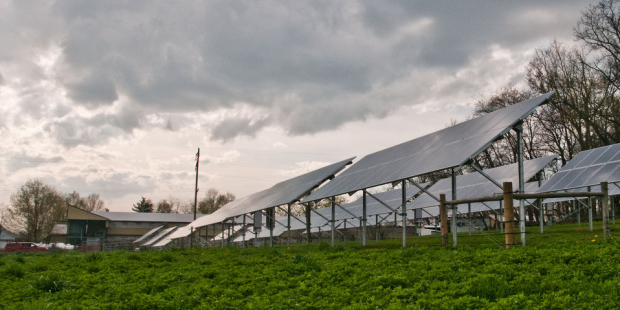 A small field owned by Catholic Charities of the Archdiocese of Washington is to become the site of a massive solar power installation which will boast 5,000 panels. The project, expected to be complete in early 2020, will offset the carbon emissions of 12 Catholic Charity-owned properties, with power enough to run 260 homes each year.

Hannah Natanson, from The Washington Post, reports that although the project will cost several million dollars, Catholic Charities will not be charged for the service. The work will be organized by Catholic Energies, a nonprofit organization that helps churches across the country switch to solar energy. In a similar arrangement, Catholic Energies installed 440 solar panels on the top of a Virginia church, in June.

Catholic Energies is able to offer the service at no charge by finding investors for each church-based project they begin. Investors foot the bill in exchange for a 30% federal tax credit, along with state-level incentives which vary by State. With only five employees on staff, Catholic Energies is able to take a break-even developer’s fee which is less than the industry standard of 15%.

The non-profit works to answer Pope Francis’ 2015 environmental missive, “Laudato Si’,” which called for a greater awareness of environmental pollution and activism to keep it under control.

Mary Jane Morrow, CFO of Catholic Charities, spoke to the Washington Post about her excitement over the project. She said:

“We love being supportive of the pope’s position and believe that it really has helped advance the conversation within the Catholic community about our responsibility to be good stewards of this earth.”

The project, once done, is expected to provide electricity equivalent to 2.5% of Washington D.C.’s current solar grid, but it will also help the environment in another way. The spaces underneath and between the solar panels will fill out with nectar-bearing flowers, which is expected to bolster the bee and butterfly populations of the area.

Any party interested in hiring Catholic Energies to install solar panels in their parish should visit their website, here.