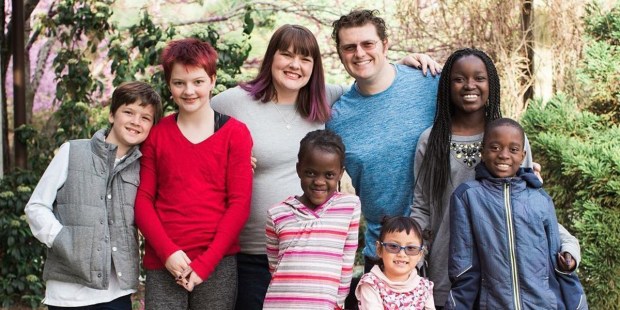 Lee Dingle, husband of Christian writer Shannon Hope Dingle, was playing with his kids at seashore when intense wave came along.

A North Carolina man was killed in an accident while playing with some of his six children on a beach July 18.

Lee Dingle, 37, was playing with three of his kids on Oak Island when an exceptionally strong wave forced him into the sand, breaking his neck. His throat swelled so much that his brain was deprived of oxygen for too long to recover. Dingle died the next day.

“My partner, my love, and my home died today after a freak accident,” Dingle’s wife, Shannon Hope Dingle, a Christian writer, said Friday. “We met when I was 18 and he was 19, and we’ve been together ever since. I wasn’t supposed to be saying goodbye at 37.”

Shannon Dingle is an activist whose writing has been featured in USA Today, The Washington Post and Teen Vogue. She is a survivor of sex trafficking and abuse as a child, and her activism focuses on religion, sexual assault and disability advocacy, TheState reported.

Family friend April Schweitzer told ABC11 that Dingle saw each child “for who they were uniquely and just supported them in that, encouraged them and was just always there for them.”

Dingle was president of Atlas Engineering in Raleigh, North Carolina, a company that specializes in solving structural problems and repairing other damage at buildings, KAKE.com reported. Atlas Engineering senior partner Tom Caldwell said Dingle had been promoted to president just two weeks before his death.

In addition, Dingle was on the Urban Search and Rescue squad that goes into collapsed or burning buildings to rescue trapped people and recover those who had died.

Author and blogger Rod Dreher reported that Shannon Dingle is a survivor of sex trafficking and is active in the fight against it.

A GoFundMe page has been set up for the grieving family.