What Pope Francis has said about the environment, in 10 quotes

His ideas to inspire us to action.

Pope Francis doesn’t hesitate to speak out in a strong voice when he feels the need to be heard. Since the beginning of his pontificate, he’s made many appeals to take action to protect and preserve the environment. An example of his prophetic voice on this issue is his encyclical Laudato Si’, published in June 2015, on protecting our common home. We can also look to the World Day of Prayer for Creation (September 1) and numerous conferences on the environment held at the Vatican.

The Catholic Church did not, of course, wait for Pope Francis to develop an ecological conscience, and many popes have spoken out in the past against pollution, excessive exploitation of natural resources, and related issues. However, Francis is the first pope to describe in such detail what he calls “integral ecology,” which isn’t limited to the environment but also involves the spheres of politics, economy, and religion.

Here, we’ve selected 10 powerful quotes from Pope Francis to help us discover — and inspire us to put into practice — his words on safeguarding creation, a responsibility that falls to us all. 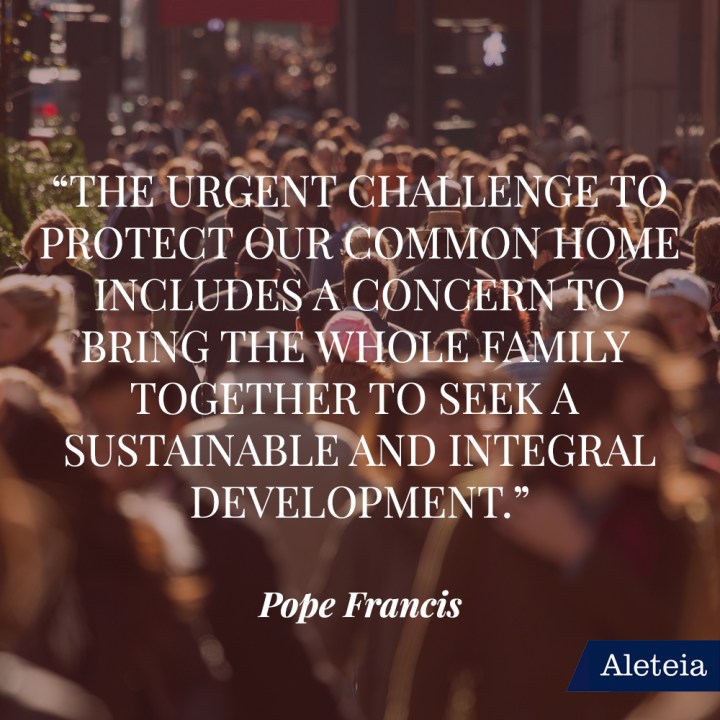 Read more:
The Challenging Truth of Pope Francis’ Encyclical on the Environment