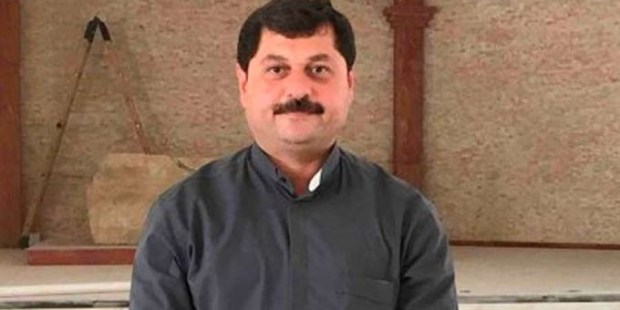 Now he is inviting the Christians who took refuge elsewhere to return.

Mosul is one of the most important cities in Iraq, and one of the ones that has suffered most from the bloody horrors perpetrated by the fanatics of the Islamic State, the Jihadi group that proclaimed a caliphate in the region and imposed a reign of terror on the local population that lasted for three years, until it was defeated on July 10, 2017.

Since the fall of the terrorists, one priest has taken on a new and fundamental mission in Mosul: that of calling Catholic refugees back to their homes. His name is Fr. Amanuel Adel Kloo, the only Catholic priest still in Mosul today.

During the three years of Jihadi horror, the local population was submitted to Sharia law, a rigid Islamic legal system under which there were forced conversions to Islam, mass executions, and a rebirth of slavery. In such a situation, “no one believed that Christians would return to Mosul,” said Fr. Kloo in an interview with the pontifical foundation Aid for the Church in Need (ACN).

The priest explained that only 30 to 40 Christians have returned to the city, but he added that there are many itinerant communities that could be given more stability.

“Nearly a thousand Christian students come every day from nearby cities to the University of Mosul. The same happens with hundreds of workers, many of whom work for the government repairing Mosul’s water supply network and power grid, which are still very damaged.”

The Syro-Catholic priest is rebuilding the Church of the Annunciation, which will be the first church in Mosul to be restored, and for him, it represents the hope of a “rebirth of Christianity” in the city.

“People are still afraid, but when the church and the other buildings are open, they will feel safe, and many will return,” he said.

He hopes that the church will be ready in three months.

Fr. Kloo also wants to build housing for university students and for people in need, and a Christian school that will encourage Catholic families to return to the city.

Mosul has nearly a million Muslim inhabitants. In 2003, there were 35,000 Christians, a number that dropped drastically is a result of the persecution they suffered in the following 11 years, starting at the beginning of the war to overthrow dictator Saddam Hussein.

“Many Chaldean churches were closed even before the invasion of the Islamic State, because a great number of people left Mosul after the assassination of the Chaldean Bishop Raho, in 2008, and of Fr. Ragheed. In 2014, there were still 15,000 faithful of various churches in the city: Chaldeans, Syro-Orthodox, Syro-Catholics, and some Armenian families.”

The Jihadi invasion worsened the situation, and made thousands more Christians leave the city, since those who did not flee were at a very high risk of being killed or forced to convert to Islam.

There are two dioceses with their sees in Mosul, each of a different Christian tradition. Both have recently welcomed new bishops. In January, Bishop Najeeb Michaeel Moussa was named archbishop of the Chaldean Catholic archeparchy of Mosul, and in June, Bishop Nizar Semaan became the coadjutor archbishop of the Syrian Catholic archeparchy of Mosul.

May God grant that, with the prayers and support of the Church throughout the world and the courageous work of people like Fr. Kloo, Christians may return to their homes in Mosul and everywhere they have been forced to flee.

With information from ACS and ACI Digital.