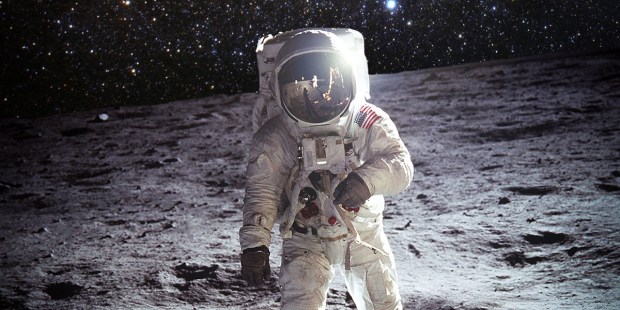 It’s been 50 years since Apollo 11, but the event and the words that accompanied it are indelibly engraved in history.

From John F. Kennedy to Pope Paul VI, the first moon landing —the 50th anniversary of which we just celebrated on July 20—inspired unforgettable quotes which have become as immortal as the images of that first moon walk. Here are five of the most memorable related to the adventure that pushed humanity beyond the limits of what was thought possible, and that meant much more than just a journey to a new frontier …

In one of the most emblematic speeches in the history of political rhetoric, President John Fitzgerald Kennedy (1917-1963) announced that man would go to the moon, and put to use all the resources of the USA to achieve it. The space race with the Soviet Union was perhaps the most innocent of the competitions of the Cold War, but in no way was it free of cloak-and-dagger activities. During his speech on September 12, 1962, at the stadium of Rice University, JFK proposed a government policy, but also a transcendent reason for that policy:

There is no strife, no prejudice, no national conflict in outer space as yet. Its hazards are hostile to us all. Its conquest deserves the best of all mankind, and its opportunity for peaceful cooperation many never come again. But why, some say, the moon? Why choose this as our goal? And they may well ask why climb the highest mountain? Why, 35 years ago, fly the Atlantic? Why does Rice play Texas?

JFK was assassinated on November 22, 1963. The Apollo program continued. When he gave that speech, a national majority was against the lunar program, but his words inspired the nation and may well have been decisive for changing the course of history.

St. Paul VI, like the rest of humanity, followed the events of July, 1969, with close attention, and that was reflected in his public words in his Angelus message for July 20, 1969:

Who are we, that we are capable of so much? It would be good for us to meditate on this progress. Today, the scientific and operational progress of humanity is arriving at a goal that seemed unreachable: where may the thoughts and actions of man yet arrive? The admiration, the enthusiasm, the passion for the tools and products of the ingenuity of the hand of man fascinate us, perhaps to the point of folly. And here is the danger: we must protect ourselves from this possible idolatry of tools. It’s true that tools multiply man’s efficiency beyond all limits; but is this efficiency always to his advantage? Does it make him good? More human? Or might not the instrument imprison the humanity that produces it, and make them servants of a way of life that instrumentalizes man in production, and that imposes its own paradigm on its use? Everything still depends on the heart of man.”

Buzz Aldrin and the Psalm that reached the moon

Buzz Aldrin, a Presbyterian, brought the Word of God with him to our planet’s natural satellite, along with communion given him by his pastor. Since the astronauts were only allowed to carry a very small amount of personal objects with them, he brought a few Bible verses written on a 3-by-5 card, including Psalm 8: 3-4:

When I consider thy heavens, the work of thy fingers, the moon and the stars, which thou hast ordained; What is man that thou art mindful of him? And the Son of Man, that thou visitest Him?”

The honor of being the first man to step on the moon fell to Neil Armstrong, whose sublime words have become famous around the world:

That’s one small step for (a) man, one giant leap for mankind.”

There is debate around whether or not Armstrong said the “a” (not audible in the recording of the live transmission), and about whether he came up with the quote before or after leaving the earth, but in any case, his words captured the significance of the moment.

Journalist Walter Cronkite anchored CBS’s coverage of the journey of Apollo 11. He was filled with emotion and waxed poetic with words like these, which he spoke right after sharing the images of Neil Armstrong stepping down onto the moon’s surface:

For thousands of years now, it’s been man’s dream to walk on the moon. Right now, after seeing it happen, knowing that it happened, it still seems like a dream. And it is, I guess—a dream come true.”

The moon continues to fascinate us. While we can’t all go to the moon — and in fact, no one has for decades — we can still marvel at its beauty, and at the achievement of having reached such a distant and difficult destination. Here are some images of the most recent partial lunar eclipse, as seen from various locations around the world, and a slideshow of additional beautiful photos of the moon.

Read more:
Yes, the moon has its own Catholic bishop