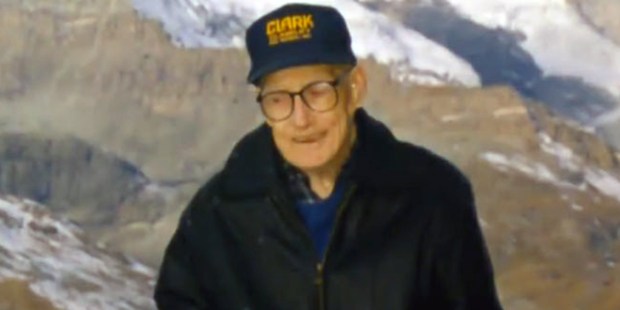 The hard work of one simple man has changed the lives of 33 people.

Dale Schroeder was a man who spent his life living frugally so he’d be able to help others. Living with the bare necessities of two pairs of jeans — one for church — and an old pick-up truck, the elderly man from Iowa had amassed $3 million in savings at the time of his death in 2005.

To have saved up such an amount you might think he had a high-paying job. Instead, Schroeder was a simple carpenter who worked for the same establishment for 67 years. His friend Steve Nielsen spoke of his work ethic, as reported in Kake.com, explaining how he worked hard and worked every day.

Thanks to this dedication and the fact he spent his money wisely, Schroeder was able to save up the incredible sum. With no wife and family to pass his money on to, his life’s savings were mostly placed into a scholarship fund and used to help provide a college education to 33 kids living in his native Iowa.

Now, 14 years after Schroeder’s death, the college graduates have gathered together as a mark of respect for a complete stranger — a man who wanted other kids to have opportunities in life that he’d been denied.

Gathering around Schroeder’s lunch pail, the group of graduates talked about how this act of kindness changed their lives. While some had given up the hope of a college education, Schroeder’s fund gave them opportunities they may never had had. And it’s not just the fact that these young adults obtained their college degrees, they finished without the burden of debt, able to  completely focus on what lies ahead.

Although the carpenter’s generosity is incredible, his legacy is even greater. As his friend Nielsen shared with the recipients: “All we ask is that you pay it forward. You can’t pay it back, because Dale’s gone. But you can remember him and you can emulate him.”

Read more:
These random acts of kindness by total strangers will make your day