These saints reportedly slept for over 300 years 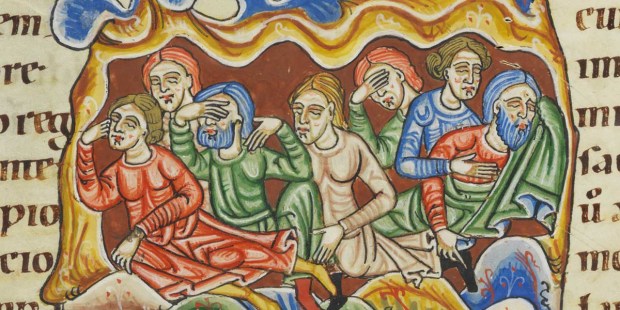 Surprisingly, this legend is told by both Christians and Muslims and has some archaeological evidence.

There exist many legends in the history of the Church and one of them involves the legend of the “Seven Sleepers.” It is a tale from the early Church that was very popular in the Middle Ages, recorded in the collection of stories known as the Golden Legend.

According to tradition, there were seven young men who were living in Ephesus during the reign of Emperor Decius in the 3rd century. All Christians were rounded up and forced to worship the idols of the Roman gods.

When seven young men heard of the decree, they distributed their wealth and fled the city to live in a cave. The Emperor sent soldiers to try and find these young men in order to execute them for having defied his commands.

Then over 300 years later God inspired a Christian in Ephesus to go out to the cave and uncover the entrance. He found the young men waking up from their slumber and began to talk with them.

One of the men came down to the city and was astonished by what he saw.

When he came to the bread sellers, he heard people talking about Christ, and was more and more bewildered. “What’s going on?” he thought. “Yesterday no one dared to utter the name of Christ, and today everybody confesses him! I don’t think I’m in Ephesus at all, because the city looks different, but I don’t know any other city like this!”

He possessed an ancient coin and this soon became evidence that they were from a different time period. The men were taken to the Christian emperor, who had his doubts about Christianity. According to tradition, they proclaimed to the Emperor that they were “resurrected” and this confirmed the emperor’s faith.

“Believe us, it is for your sake that God has raised us before the day of the great resurrection, so that you may believe without the shadow of a doubt in the resurrection of the dead. We have truly risen and are alive, and as an infant is in his mother’s womb and lives feeling no pain, so were we, living, lying here asleep, feeling nothing!”

After that, the seven young men died and their story was spread throughout the land.

Muslims have a similar story that is mentioned in the Qur’an and is essentially the same. Many of the elements of the story are identical, including the fact that the Seven Sleepers were Christians.

While historians generally discredit the story as a legend, writer John Sanidopoulos states on his website that based on archaeological evidence, “Nevertheless there can be no doubt that, as we stated above, the report on the awakening of the seven youths must be based upon some historical fact.”

Whether it is true or not, the story reminds us of God’s loving protection upon his faithful children. His plan for us is mysterious and often miraculous. One never knows what will happen next!

Read more:
In images: Get to know the Fourteen Holy Helpers