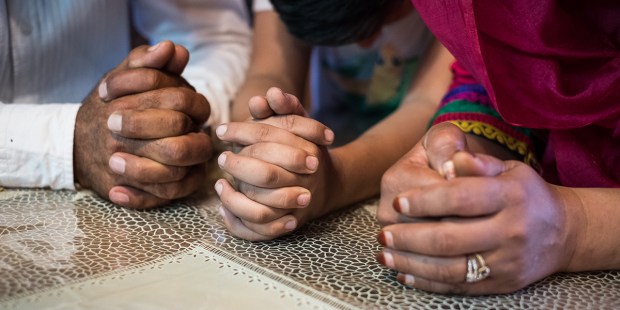 Too many people are mostly unaware of what Christians are facing in our own day.

Nations such as North Korea and China have long been infamous for Christian persecution. But the modern age has witnessed other countries where Christians faced (or face) suffering and death for their faith. A study of these atrocities invariably reveals that faith issues are only part of the problem, and sometimes not the main issue at all. Economic issues are almost always at play, as well as issues of race, ethnicity, land or other historical factors.

Sadly, many of the places where anti-Christian persecution has been most pronounced in the last several decades are also the same places where the Church was thriving long before it made major inroads into the Western world.

Indeed, there is a tendency to associate Christianity with the West. But such an association is rather flawed: the Church’s deepest historical roots are located in non-Western nations. Sadly, such profound historical ties are no guarantee of safety.

Christianity reached the land that is now part of Sudan as early as the 2nd century. For Christians there, it was safer in the 2nd century than in the 20th century, particularly after Sudan became an independent nation in 1956. By the mid-1980s, extremist Islamic militias were destroying church facilities, killing Christian men, and abducting women and children.

The prolonged period of state-sponsored anti-Christian persecution and other injustices led to a war between Sudan’s northern and southern regions. The year 2011 saw an agreement that granted independence to the predominantly Christian southern region, now known as South Sudan. It was a hard-won independence: Decades of carnage had caused an estimated 2 million deaths and the displacement of some 4 million persons.

Those Christians who remain in Sudan face lives of persecution and fear. Churches are often destroyed and church leaders are at high risk of arbitrary arrest. Unfortunately, South Sudan is itself a site of ongoing conflict.

The Church’s presence in Syria extends back almost to the earliest days of Christianity. More than 2,000 years later the Church’s existence in Syria looks tenuous at best.

During the 20th century, Syria’s Christian population declined from 40% to 10%. And the ensuing chaos since the breakout of war in 2011 has seen the rise of extremist groups, such as ISIS, whose members seek to eliminate Christianity from Syria.

The land of Turkey had a rich Christian tradition. Its main city, Istanbul, was the longstanding epicenter of the Orthodox Church. And going back even further, the Turkish city of Tarsus was the birthplace of Saul, who later became St. Paul the Apostle and whose epistles make up much of the text of the New Testament. Peter ministered there, and of course, Our Lady lived there with St. John after the Ascension.

Read more:
Meet the nun who found the house where Our Lady lived with John

At the start of the 20th century, Christians accounted for more than 30% of Turkey’s overall population. Today, they account for less than one-half of 1% (0.15% to be exact).

One reason for this drastic decline was the intense persecution of ethnic Armenians. During the years of 1915-16, Turkey (then known as the Ottoman Empire) engaged in a campaign of extermination and forcible deportation of Armenians. Many of the forcibly deported died of starvation.

Unsurprisingly, Armenia (which was actually the world’s first nation to appropriate Christianity as a state religion) considers these events a genocide. The Turkish government, however, has refused to accept such a designation.

Whatever word one uses, Turkey’s various Christian groups began to flee the country in the wake of what happened to the Armenians. For those Christians who remained, many faced threats of death and lives of harassment.

Christianity came to Iraq in the first century, thanks to the missionary efforts of St. Thomas the Apostle (also known as “Doubting Thomas”).

Little more than 100 years ago, Christians accounted for 35% of Iraq’s total population. As of 2013, the Christian proportion had fallen all the way to 1.5%.

Iraqi Christians have suffered like few others. Their persecution, which had persisted for more than a millennium, intensified in the late-20th century and has become downright unmanageable in this century. Though fallen dictator Saddam Hussein was no friend of the Church (or, for that matter, of humanity in general), the anarchy that ensued following the end of his regime led to a marked increase in anti-Christian violence.

The Iraqi Chaldean Catholic archbishop Bashar Warda recently remarked that Iraqi Christianity is “perilously close to extinction” and that any remaining Christians “must be ready to face martyrdom.”

Unlike the four other countries mentioned, the east-central African nation of Uganda does not have an ancient Christian tradition. In fact, there was no real Church presence there until the 1870s.

One-hundred years later would see the murderous regime of Ugandan president Idi Amin. During his 1971-1979 reign of terror, an estimated 300,000 persons were slaughtered.

Though the “Butcher of Uganda” could be malicious to most anyone, Amin – whose father was a Catholic-born convert to Islam – took a particular dislike to Christianity. Thousands of Christian martyrs were made, most of them Roman Catholic or Anglican, including Janani Luwum, the Archbishop of Uganda’s Anglican Church.

From this period of death and hardship, Ugandan Christianity has rebounded impressively: About 85% of the nation’s 38 million inhabitants now identify with some Christian denomination.

Read more:
The Ugandan Martyrs are perfect intercessors for these times

The new millennium has by no means brought an end to Christian persecution. In fact, as of 2009, the secular organization International Society for Human Rights reported that 80% of the world’s incidences of religious discrimination were directed at Christians. Such persecution is clearly among the most pressing human rights issues of our age.