The untold story of popes’ letters to Mongol khans 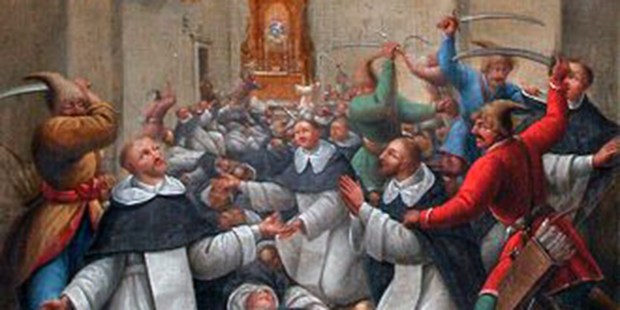 Religion writer Julia Duin was in Mongolia recently, and a brief article in the government-run English newspaper caught her eye. The short piece might have escaped the attention of most folks, and its brevity leaves a lot unexplained.

But Duin found other articles and pieced together a “what might have been” story involving a missed opportunity for the Roman Catholic Church of the Middle Ages.

Even before the great Jesuit missionaries Francis Xavier and Matteo Ricci set out to bring the Faith to China and Japan, Rome was very much in touch with the Mongol Empire. In part, this was due to the designs the Mongol khans had on territories to their west, particularly Russia, Ukraine and Eastern Europe. The Mongols devastated places like Kyiv and Lublin in the 13th century.

“The defeats of the Polish forces at the Battle of Liegnitz/Legnica (April 9, 1241) and the Hungarian military at the Battle of Mohi (April 11, 1241) opened up most of the Balkans and Central Europe to Mongol raids, leading to even more destruction, displacement and massacres,” according to a blog, Ballandalus, that Duin references. “These alarming developments shook the foundations of Latin Christendom. Although the Mongols withdrew from most of the Balkans and east-central Europe soon after (as a result of internal dynamics in their empire), the shock of their invasions and conquests remained.

“Seeking to gauge the intentions of the conquerors and convince them to cease their invasions of Latin Christendom, Pope Innocent IV (r. 1243-1254) sent an embassy with two letters (in Latin) to the Mongol Khan Güyük.”

In addition to his plea for the Mongols to cease and desist, Innocent invited them to consider Christianity. Güyük was unmoved. In fact, he responded that the pope should submit to him, not the other way around.

Unbeknown to Innocent, Güyük had a Christian wife, Oghul Qaimish. But she was a Nestorian, a variant of Christianity that had come to the area centuries before and which differed with the Church on a key point of doctrine.

Duin found out that some years later, in 1266, one of Genghis Khan’s grandsons met Marco Polo. He then wrote to Pope Gregory X asking for 100 Christian missionaries.

In a mistake now known “the greatest missed opportunity in Christian history,” the pope only sent two and the pair chickened out midway through. By the time other missionaries arrived in eastern Asia in 1294, Kublai Khan’s interests had switched to Buddhism. The next time Christianity got a major foothold into Mongolia wasn’t until the early 1990s.

The small article that caught Duin’s eye during her sojourn in Mongolia concerned letters recently released by the Vatican’s Secret Archives between a number of popes and khans. But, she laments in a post for Get Religion, “it’s a shame that we’re not told what was in those missives.”

And, she adds, the newspaper doesn’t explain why the Mongolians for decades have been keenly interested in the papal-Mongol letters.

“For a brief few decades, their ancestors had a chance at joining up with western civilization or at least adopting its religion,” she wrote. “But the popes didn’t seize this opportunity quickly enough and so history went in another direction.”