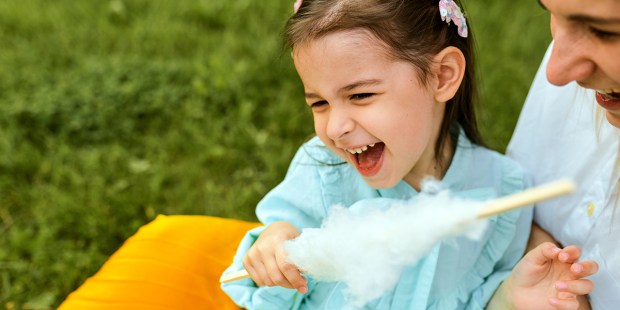 If you’re a relative, friend or godparent, be sure to ask these questions before taking the initiative with young children.

When a couple has a baby or young child under the age of five, it’s very common for people close to them to want to pick the children up and interact with them. Sometimes, that interaction is a relief for the mother or father, because it gives them a few minutes of rest. But this feeling may only last a short time if the family member or friend forgets that the parents should be consulted even regarding simple things, because their actions can sometimes make parents uncomfortable — especially parents who are more protective.

Here we list a few questions that uncles, godparents, and grandparents should ask before taking the initiative with young children, with some considerations as to why parents might be uncomfortable with certain actions involving their children. These tips might seem exaggerated, but for many parents these are valid concerns.

This is unlikely to cause problems, but the main consideration is that the father or mother is usually the one to offer the child for someone else to hold. If this doesn’t happen spontaneously, it may be because the parents have some reason for not offering.

Of course, if you ask to hold the child, you will rarely be told “no,” even if the parent feels uncomfortable. However, there are a variety of reasons why parents might be uncomfortable or reticent about someone else holding their child, especially when dealing with newborn babies. For example, if the person smells strongly of cigarettes or alcohol, talks in a loud tone that might frighten the child, or hasn’t washed their hands. Or it may be because some children simply don’t react well to being held by others, or there may be concern about a virus going around.

Additionally, keep in mind that a newly adopted child of any age should not be held by anyone but his or her new parents at first, for the sake of proper bonding and attachment.

2
May I give your child this treat?

When it comes to a child’s diet, some parents are very particular due to concerns about heath or medical issues. This means that the child—especially if younger than 2 years old— may not allowed to eat sugary foods, such as candy or cake, nor to partake of carbonated beverages, sweetened fruit juices, ice cream, french fries, popcorn, chips, or fast food.

Since babies are very curious, especially in regards to what parents put in their mouths, it’s very common for people who don’t know the children well and are ignorant of the parents’ dietary rules to want to give them food. However, we need to use common sense and ask if the food in question can be offered to the child, since, as inoffensive as it may seem, it may be that the parents feel it’s not opportune. And what if the child has an allergy or sensitivity we don’t know about?

3
May I entertain him or her with my cell phone?

As common as it may be to see infants in front of screens, especially in restaurants, there are still parents who don’t like the idea of entertaining their children with smartphones and tablets. If you’d like to interact with children showing them pictures, games, and apps for toddlers, it’s important to check with the parents before letting the child use your electronic device. And, if the mother or father is in agreement, remember to put the volume of the device at an appropriate level; loud sounds tend to bother children, not to mention the other people present if you’re in a public place.

4
Can your child watch TV with us?

The same considerations as in the previous point are applicable here, with the addition that often what makes parents uncomfortable isn’t the fact of their child watching TV, but rather what specific program they’re watching, such as TV series and movies that show scenes of conflict and violence. The same is true for video games that include fights, chase scenes, etc. So, if a group of people at a family get-together are entertaining themselves watching TV, it’s worth asking one of the parents if the child can be kept in that environment.

Parents are always grateful to people who offer them a few minutes or hours of relaxation by entertaining the children, but for everything to go as well as possible, it’s always good to ask them before taking this kind of initiative. If you want to take children to a playground, amusement park, shopping mall, or simply for a walk, ask the parents if they agree, and pay heed to their reply. There are some young children who take off running as soon as they discover they’re in an open space, touch every dog they see, put into their mouth anything and everything they find on the ground, bite other children, or fight over toys at the playground. In short, depending on the child in question, there are many precautions that may need to be taken, so it’s always important to listen to the voice of the parents and to act responsibly.

Parents love it when other people love their little ones, but they also love it when people respect their authority and childrearing decisions as parents. They are the ones ultimately responsible before God, society, and their own conscience for the well-being of their children, so let’s support them in every way we can!

Read more:
How to defuse a child’s tantrum with one question