Woman writes touching 50th birthday message to her father, who has Down syndrome 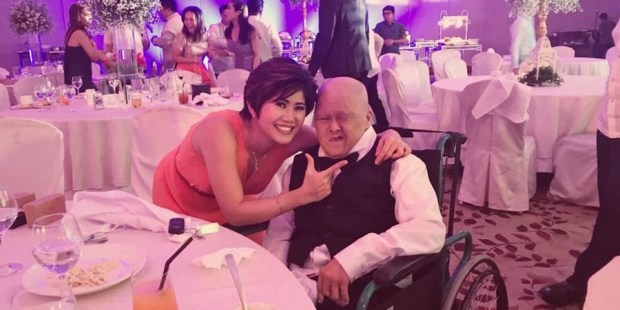 “I want the whole world to know how proud I am that you are my dad.”

Filipino man Richard Castillo is practically always smiling. He’s full of affection and is extraordinarily resilient — all of which has been crucial for him in facing operations, dialysis, prejudice, and other limitations he has experienced because of Down syndrome.

The genetic disorder, which affects 1 out of 700 babies born worldwide, is caused by the presence of three copies of chromosome 21 in most cells of a person’s body. Among other things, it causes a greater propensity towards certain illnesses such as heart disease and respiratory problems. In addition, most men who have Down syndrome are sterile. Which is what makes Richard Castillo’s case so special: he’s a father.

This past June, his daughter Richie Anne Castillo shared on Facebook a message she wrote to him on the occasion of his 50th birthday, in which she expresses how privileged she feels to have him as her father:

Her post went viral, getting the attention of media outlets around the world, and hundreds of thousands of people have been touched by her testimony of love for her father and by the story of the difficulties both father and daughter have faced. Richie writes:

Back in grade school, I would be picked on and bullied because they said you were different. As a kid I didn’t see you as different, I saw you as my dad. I didn’t understand why they were making fun of me and calling me abnormal. I understood this later on and it made me a coward. But you deserve more than the coward daughter that I am.”

Richard’s courage was greater than the prejudice he faced. He’s had to have regular kidney dialysis and treatment for hypoglycemia, and sometimes he suffers a lot of pain, but he rarely complains, and he’s never afraid.

You deserve love, understanding, patience and acceptance as any individual with Down Syndrome should … Dad, you are the strongest and the bravest human being I know … I can’t feel your pain but how I wish I could take your place so you wouldn’t have to feel any pain anymore.”

In the post, Richie praises her father for his intelligence, for his love for God, and for always smiling and making other people smile and laugh. She also apologizes for not being a better daughter. The heart-felt and humble message touched many people. One comment reads, “Wow very inspiring. It will indeed take a brave and great heart to write what you wrote here. God bless you and your dad and the whole family.”

Thanks for always calling me your one and only baby girl because I always will be. I am strong and brave because of you and I love you so much, dad. I think I’m big enough now to defend myself from the bullies. Lots of love, your daughter.”