How do you discipline a child who doesn’t listen? 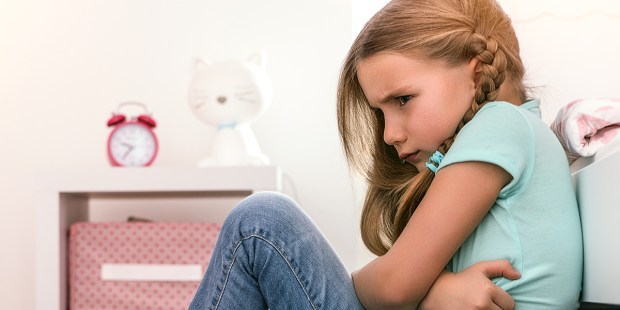 These 3 tips can take change your household.

I’ve been a parent for nearly 14 years, and there’s one truth I’ve learned that eclipses all others: I know nothing.

For real. All the half-baked, preconceived notions I had about child-rearing when I was pregnant with my first child came crashing down around my head within the first year or two of motherhood. Then, just when I felt like I was starting to find my footing again, along came another child. Lo and behold, this child was completely different. Everything I thought I’d learned with my oldest was rapidly unlearned as I found myself, once more, back at square one.

Over the years, I’ve come to learn a few rock-solid truths about parenting, such as: head lice happen to everyone and a reliable nit comb is always a solid investment. Or: when your kids start vomiting, don’t eat anything you don’t want to throw up later — no matter how you feel right now.

But when it comes to things like discipline, I’ll admit that while my philosophy is thoughtful and comprehensive, my execution is somewhat lacking. This has resulted in erratic, reactive discipline that’s ineffective at best … and counterproductive at worst. It’s taught my kids that listening and obeying isn’t always necessary. Depending on the situation and the limits of my attention, listening can be optional.

Obviously, this is a problem. It’s one that I’ve been striving to address for years, but I’ve only recently found success … and it happened when I finally stopped trying to change my own shortcomings and learned to work with them. So if you’re also trying to figure out how to get your kids to listen (and what to do when they don’t), here are a few simple things to think about.

1
What are the rules?

One of my biggest struggles is consistency. I’ve often set rules and enforced them for weeks, even months at a time, before getting swept up in some tumultuous season and allowing those rules to slip. It’s usually for convenience’s sake — if we’re in a hurry, or something else takes precedence, I adapt by letting the rule that seems of lesser importance at the time to slide. This isn’t a horrible decision to make occasionally … after all, effectively parenting many children requires a certain degree of adaptability. But too much adaptability communicates to children that rules aren’t rules at all, just fluctuating expectations that change with the wind.

This is unfair for the whole family. It undermines the peace and stability that would help those seasons of life be far less tumultuous, and prevents the kids from learning to meet expectations and respect boundaries. So the first step I took was to set clear, practical (read: limited) rules. I can’t overestimate the importance of being practical when you’re setting rules. Pick 2 or 3 things that matter the most to your family and start there. You can always build on the rules, but you can’t lay a foundation that’s both strong and overly complicated.

2
What is the system?

Parenting is a whirlwind. It’s full of distractions and interruptions, which makes it difficult to be consistent even for the most clear-headed, detail-oriented person. For people like me who are uber-adaptable and get easily swept up in shifting priorities, it’s crucial to put in place a system to hold your kids — and yourselves — accountable. I chose to write daily rules and expectations on an A-frame chalkboard near the stairs, so the whole family could easily see and reference it.

The other thing I did was incorporate consequences into the rules themselves. For example, my kids have morning chores that must be completed before they can play outside, watch TV, or use electronics. If they choose to do any of those three things before their morning chores are completed, they forfeit that particular pastime for the rest of the day. Having it written where we can all see it has worked wonders for both me and the kids — I don’t have to remember what I told them to do, they don’t have to constantly ask for privileges until they’ve earned them, and the wheedling and bargaining after the fact is all but negated. I just point at the board and say, “it’s written right there. I can’t change the rules.” Plus, since they love nothing more than tattling on each other, they’re quick to report any infraction … which I’ve chosen to embrace, since it helps hold everyone accountable.

3
Where is your heart?

Reactive discipline — particularly if it comes from a place of anger or frustration — doesn’t teach kids anything. It does, however, damage your relationship with your child. Often, parents feel disappointed when their kids don’t listen and break the rules … but if that disappointment manifests as anger, something powerful is being lost in translation.

We all feel disappointed when we break a rule and have to suffer the consequence. That’s a common human experience, and it’s a powerful thing to share with your children. When my son has to tell his best friend that he can’t go ride bikes because he broke the rules, I feel disappointed for him and I tell him so. I tell him how sad I am that he can’t go with his friend, and I let him feel sad about it without immediately reminding him that he brought it on himself. Expressing empathy is much more powerful than inflicting punishment, since it helps strengthen your relationship with your child rather than pitting him or her against you. They learn that we all have to suffer consequences, and they’re infinitely quicker and more willing to change their behavior in response to consequences that happen naturally rather than ones they feel are unjustly imposed.

Of course, there are always going to be tricky disciplines issues to navigate, especially as your kids get older. But setting rules, establishing a system for their enforcement, and reacting to your children empathetically instead of antagonistically can help give your family a solid foundation to tackle anything and everything that comes up in the future.