From the Walk of St Francis to St. Benedict’s path, Italy is rich with pilgrimages inspired by saints. 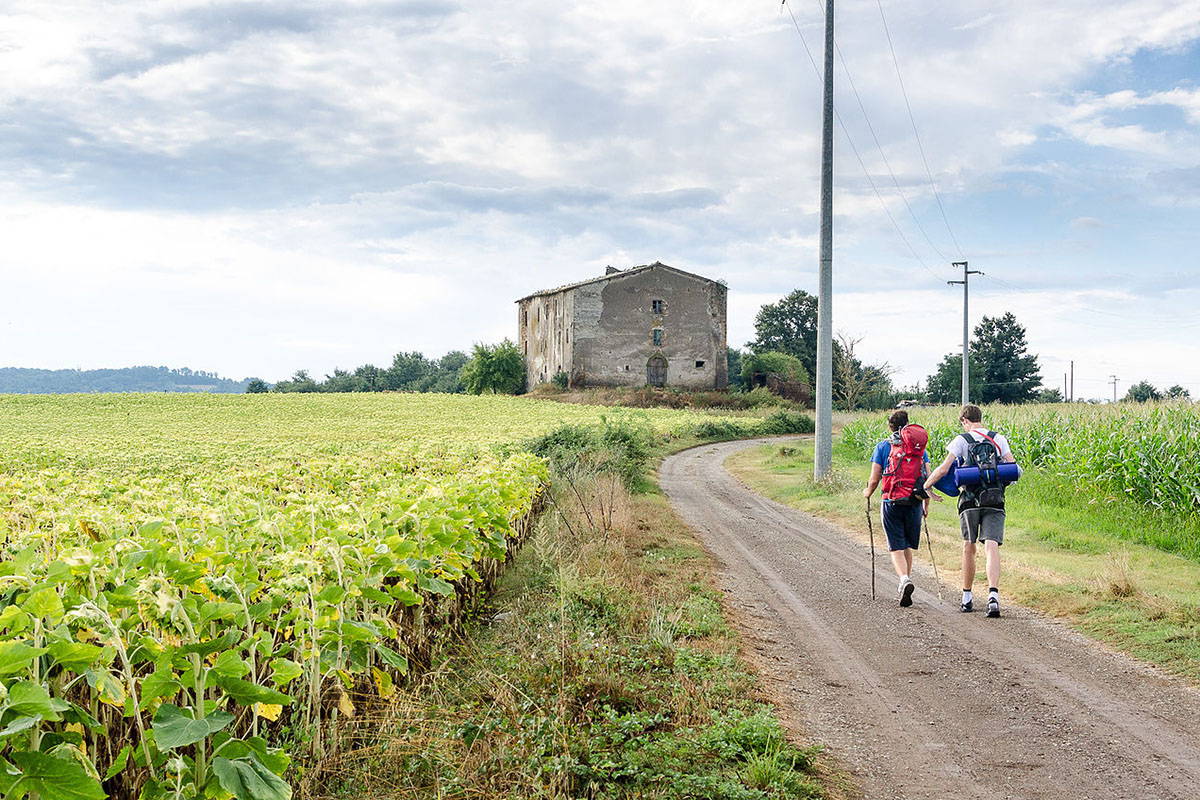 From the road to Fatima to the path of Santiago de Compostela passing through Lourdes, Europe isn’t short of historical Catholic pilgrimages. But no country rivals Italy in terms of pilgrimages tied to the lives of local saints. From the Way of St Francis to the walk of St. Benedict, here is a list of the five most important Catholic pilgrimages in Italy.

Where: It used to connect the British city of Canterbury with Roma. Today, it extends to Apulia, southern Italy.

History: It’s hard to pin down an exact start date, but according to historical documents, the Via Francigena was in existence in the 10th century when Catholic converts from the northern outskirts of the Holy Roman Empire started to embark on long pilgrimages to reach the tombs of St. Paul and St. Peter in Rome. The word “Francigena” literally means “the road that comes from France,” so it’s likely that it started as a route to connect northern France to Rome and was later extended on both ends, to modern England on the north and to modern day Apulia in southern Italy on the south side. Compared with other historical European pilgrimages, the Via Francigena attracts a smaller number of visitors. It is estimated that around 1,200 people embark on the walk each year, partly because of the lack of pilgrim accommodation along parts of the route. But after all, medieval pilgrims did not rely on much apart from their faith when embarking on such spiritual walk, so if you are looking for an “authentic” experience, the Via Francigena is about as authentic as it gets.

Logistics: In recent years a revived interest in Via Francigena has led to the creation of websites that can help pilgrims plan their trip. From the official website VieFrancigene.org to a dedicated Google Map Via Francigena route and blogs where pilgrims exchange tips and anecdotes, there is no scarcity of resources to plan your trip!

Where: Hidden deep in the woods of central Italy, the pilgrimage of St. Francis is a journey to discover the places that played a central role in the beloved saint’s life. It starts from the scenic Santuario della Verna (La Verna) and ends at Convento di San Giacomo (St. James Convent), both of which are Franciscan sites.

History: Saint Francis was born in 1181 in Assisi, a town in modern-day Umbria, Italy, where he  founded the eponymous Franciscan order. Born of a wealthy family, Francis encapsulates the power of spiritual awakening. Francis in fact abandoned his comfortable life to embrace a lifestyle of poverty, faith and respect for all creatures. For centuries, Catholics were drawn to this part of Italy to explore the land that inspired the Franciscan message, but it wasn’t until 2003 that an actual path was marked and recognized by local authorities. Today, the “Cammino di San Francesco” (St. Francis’s walk) connects more than 20 landmarks, including Assisi, Perugia and Gubbio. Although popular among Italian Catholics, this route is not as famous as other European pilgrimages, leaving foreign visitors with room to enjoy a quiet and peaceful trek. Whether you are a walker, biker or horseback rider, the walk of St. Francis will take you to some of the most important Catholic sites of central Italy along scenic routes. And don’t worry too much about time: the route can be completed along four different ways, from a long route made of 29 stops to a fast one featuring only 6 stops.

Logistics: All information about routes and accommodations can be found at the official website of the “Via di Francesco.”

Where: Stretching along an 80-mile route across Umbria, in central Italy, the “Cammino di San Benedetto” (St. Benedict’s walk) is made up of 16 stops, each related to the life and work of St. Benedict.

History: St. Benedict was born in Norcia, a medieval town in modern-day Umbria, around 480, and died in Monte Cassino, where he founded the first monastery of his order, in 547. Partly thanks to high-profile pilgrims such as King Totil, ruler of the Ostrogoths, pilgrimages to Monte Cassino started while the saint was still alive and have continued today. Over the years, its popularity with Catholics increased, as pilgrimages could combine visits to locations related to other beloved saints, such as the town of Cascia, where St. Rita lived, and Roccasecca, the birthplace of St. Thomas Aquinas. In between such historical landmarks, pilgrims will enjoy hilly paths characterized by a deep sense of quiet and peace.

Logistics: Each stop is separated by paths of about 13 miles. For detailed maps, accommodation options and travel tips you can visit the St. Benedict walk official website.

Where: From the “Antonian sanctuaries” of northern Italy, including St. Anthony’s convent in Padua, to La Verna’s Sanctuary in Tuscany, central Italy.

History: In the month of June of 1231, Portuguese-born St. Anthony felt that he was approaching his death and asked to be carried aboard an oxen-led carriage from the town of Camposampiero, near Milan, to the convent he founded in Padua. Since then, pilgrims have walked along the same path to honor the memory of the beloved saint and to find a connection with God. In recent decades, friars from the St. Anthony’s convent in Padua have worked with volunteers to mark the path in order to improve pilgrims’ experience. The path now starts from Camposampiero and runs all the way to the Franciscan sanctuary of La Verna in Tuscany, central Italy.

Logistics: For information about trails, accommodation and guided tours you can visit the official website of St. Anthony’s Walk.

Where: The Way of St. Augustine connects three locations that played a key role in the life of the 4th-century saint, including Cassago Brianza (formerly known as Rus Cassiciacum), where Augustine converted to Christianity; Milan, where he was baptized, and Pavia, where his remains are currently preserved.

History: Augustine was born in Numidia, a Roman province located in North Africa, in 354 and later traveled to modern-day Italy where he converted to Christianity in 386. This Doctor of the Church played a major role in developing Christian thought, thanks to his philosophical work. Most of the salient events of his religious life took place in northern Italy, either in Milan or in its immediate surroundings. Despite not being a native of the city, St. Augustine is considered a local saint pf Milan, and in centuries past pilgrims have often traveled to visit his relics in the northern Italian city of Pavia. Over time, Catholics have started walking a series of different trails now incorporated as the “Way of St. Augustine,” a rose-shaped path stretching over 220 miles that can be completed in 15 days. If that sounds too long, don’t worry; you can easily focus on one component of the “rose path” according to your needs, from the 56-mile eastern leaf to the 114 miles of “the stem.”

Logistics: For information about paths, accommodation and other Catholic sites to visit along the way you can visit the official website of the St. Augustine walk.