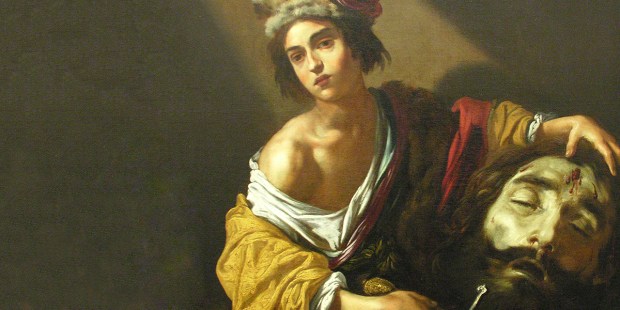 Excavating the remains of the city of Gath, archaeologists have found even older unusually large buildings and fortifications.

Archaeologists have recently uncovered evidence of unusually large stone fortifications beneath the excavation of Gath, one of the five Philistine city-states in Northeastern Philistia, often mentioned both in the Bible and in Egyptian inscriptions.

As is well known, in the biblical story David’s victory over the giant Goliath led to the eventual defeat of the Philistines in the valley of Elah. Now, archaeologists have reason to believe the remains of this 3,000-year-old gigantic Philistine city found under Gath might have inspired the biblical stories of giants, including that of Goliath.

The site of the excavation is known as Tell es-Safi. Archaeological work has been ongoing for at least 23 years, led by the scholar Aren M. Maeir. In an article published in 2001 entitled “Excavating Philistine Gath: Have We Found Goliath’s Hometown?” Maeir and Carl S. Ehrlich referred to this city as revealing the existence of “a rich Philistine culture, which in its material aspects often exceeded the level of contemporaneous Israelite culture.”

But now, as they continue excavating, they discovered even larger scale stone fortifications, built with unusually big stones. The team believes they’ve found an older, extremely large Philistine city, dating to the 11th century BC. As the article published by Biblical Archaeology mentions, “featuring much larger stones and walls twice as thick as other cities in the area, it might have inspired tales of the giant Goliath, and as many as four other Philistine giants who appeared in the Bible.”