I thought my son with autism would drive me crazy … 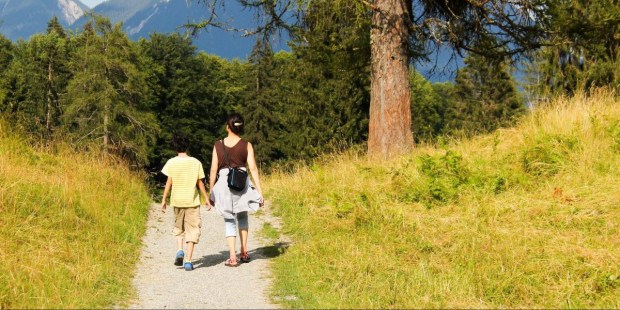 … instead, he taught me patience.

Before my son, I never known a person with autism.

Completely inexperienced with his often inexplicable behavior, I just didn’t know how to react to him. I also didn’t know what to expect next.

One day Jimmy went around the house and tore off all the book jackets from our books. Then we had two or three years during which he loved cutting things up with scissors — window blind cords, upholstery, mattresses, shirts he was wearing. If it wasn’t at home, it was at school. Once he  poured an entire jug of bleach on the clothes in the washer. (The darks, of course!) For a while cans kept disappearing from the kitchen cabinet. I’d go to grab a can of soup or beans, only to find it gone. Then one spring day I was planting bulbs outside when I struck something hard. It was a can. There were cans buried all over the backyard. Jimmy couldn’t explain what he possibly had in mind, if he had anything in mind, when he dug little holes for all these cans. He also liked to open his bedroom window at night and toss out random things … a shoe, a box of tissues, a pillow.
The dilemma was always about whether it was fair to reprimand him for things done impulsively, without any intention to ruin something or be annoying. My natural impatience usually resulted in my instinctively saying, “Oh no, what are you doing?!”  Which usually brought on screaming and slamming doors.
He didn’t understand me, and I didn’t understand him.
But the sweetness came through, and made his behavior tolerable.
My son wanted so much to be an altar boy like his older brother. Could he handle it? Should I put this kind of pressure on the priest and other altar servers to put up with mistakes or “strange” behavior? I decided to ask, and to my surprise there were several other altar servers with special needs. Jimmy did the training and seemed to understand everything perfectly. I went to the first Mass he served and dozens after that. This boy who couldn’t remain still for more than three minutes had perfect composure on the altar every time. He never once dropped a cruet or forgot what came next. I’d often have tears in my eyes from the pews, thanking God for this gift and for my son to have this time on the altar that he could feel proud about.
Every summer for 10 years Jimmy went to a beach camp for people with special needs. Each day when I got him off the camp bus, he was excited to show me a shell he’d carefully chosen that day from all the shells on the beach. He couldn’t tell me he loved me, but he knew I loved shells. His beaming face handing me the day’s shell showed me.
I was becoming more patient without even noticing it. Instead of overreacting to every instance of  “different” behaviors, I was learning to accept them, and even laugh about them. Now I can joke with friends about how archaeologists centuries from now will be finding cans of soup buried in my backyard.

Read more:
Dad steps up and takes daughter with autism to prom