The pope who “baptized” coffee 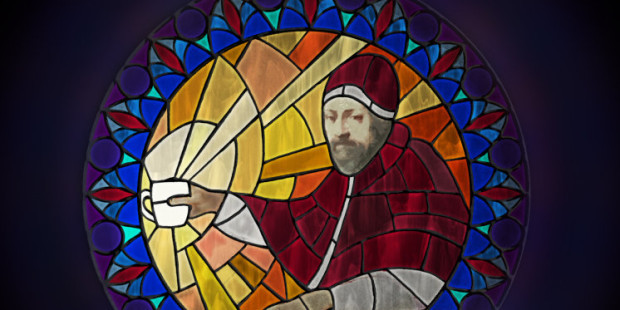 Coffee was considered “the Devil’s Drink” until Clement VIII tried it.

Coffee was not always as popular as it is today. In fact, its fame in the Western Hemisphere began only in the 16th century, largely thanks to Pope Clement VIII.

Of course, coffee didn’t suddenly appear in the late 1500s. Our beloved brew has been around at least since the 9th century when, as explained by Sam Guzman in his note for The Catholic Gentleman, Arab shepherds “first noticed coffee beans had a particularly stimulating effect on their sheep. Islamic clerics learned how to cultivate the plant, and quickly coffee spread throughout the Muslim world” which, by then, didn’t only include the Arabian Peninsula and most of Northern Africa and the Levant, but also Sicily, most of Spain and Portugal, and some other regions in the Southern Mediterranean.

Read more:
Need a patron saint for multitasking? St. Drogo is your man

Surely, coffee was not received with open arms in Europe, due to its “infidel” origins. After being at war with Muslims for centuries, it’s no wonder Europeans nicknamed coffee “Satan’s drink.”  But since “all roads lead to Rome, coffee eventually got to the Vatican. More specifically, it arrived at Pope Clement VIII’s office.

Many of his advisors explicitly asked him to ban it, but the pope had a mind of his own.

The pope, Guzman goes on, “was brought a steaming mug of java and he took a sip.” The legend goes he said: “This devil’s drink is delicious. We should cheat the devil by baptizing it.” The rest, as they say, is history.