Wild child: St. Maximillian Kolbe was a terror to his mother 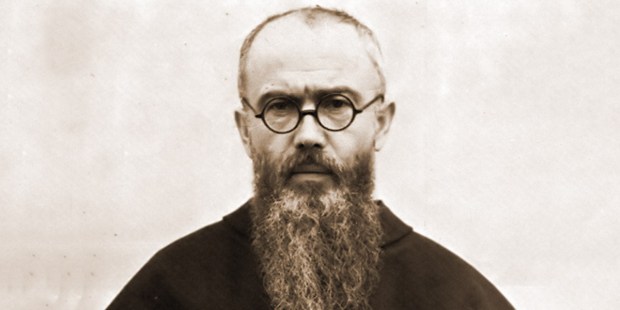 Koble’s mother shouted at him after one incident, “I do not know what will become of you!”

St. Maximillian Kolbe lead a heroic life, willingly taking the place of a man condemned to die in Auschwitz during World War II. He is regarded as a “martyr of charity,” and known for his deep and intense love of the Blessed Virgin Mary.

However, he wasn’t always a “saint,” and caused his mother quite a bit of grief when he was a child.

According to Fr. Jeremiah J. Smith in his short biography, Saint Maximilian Kolbe: Knight of the Immaculata, while Kolbe was generally known as an obedient child, he also was very mischievous and his pranks would often get him into trouble.

Kolbe was typically very sorry for stressing out his mother, and after doing something wrong “would bring the whip [to his mother] and bend over the chair unhesitatingly,” ready to be punished.

However, Kolbe kept on getting into trouble, and one day his mother was exasperated and shouted at him,

I do not know what will become of you!

Kolbe was about 10 years old at this time and had recently received his First Communion. The fact that he caused his mother such pain had a deep impact on him and he chewed on those words of his mother.

Later on while praying in church, he decided to ask the Blessed Mother what would become of him.

I prayed very hard to Our Lady to tell me what would happen to me. She appeared, holding in her hands two crowns, one white, one red. She asked if I would like to have them—one was for purity, the other for martyrdom. I said, “I choose both.” She smiled and disappeared.

A few years later he asked to enter a local Franciscan junior seminary and set out on the path to the priesthood. Kolbe forever dedicated himself to the Blessed Mother and entrusted his life to her.

Kolbe’s mother was a devout woman who tried to instill in her children a love of God and the Virgin Mary. While Kolbe initially appeared to “act like a heathen,” he eventually developed a deep love of God and never looked back.

It reminds us that as parents, our job is to do the best that we can in raising our children and leave everything else to God and the Virgin Mary. They will do the rest.

Read more:
7 Saintly tips on how to discipline a child, from Don Bosco