It is said the authorities involved agreed on building “a church so big they think we are crazy.”

Perhaps it is little known that the remains of Christopher Columbus, along with those of kings Fernando III “The Saint” and Alfonso X “The Wise” rest in Santa María de la Sede, the cathedral that holds the title of being the biggest Gothic building in the whole world.

This church is so incredibly big that it puts every other Gothic cathedral in Europe to shame (sorry about that, St. Denis).

One might think that the fact that the remains of all of these history-changing characters rest here would be reason enough to justify the construction of a church with such colossal dimensions. After all, we are talking about the great explorer who, in the same year in which Isabel “the Catholic” reconquered the Iberian Peninsula from the Córdoba caliphate, expanded the territories of the Spanish crown far beyond any border anyone might have dreamed of. So yes, it would make sense that the famous Giralda, the bell tower of the cathedral, is 104 meters tall.

But, to everyone’s surprise, the reasons why the Sevilla Cathedral is this big are very different. The construction of the cathedral began in 1402 (though some say 1434), so the size of the church has nothing to do with a tribute to Columbus. It has more to do with the “Reconquista” of the city, which occurred in 1248. 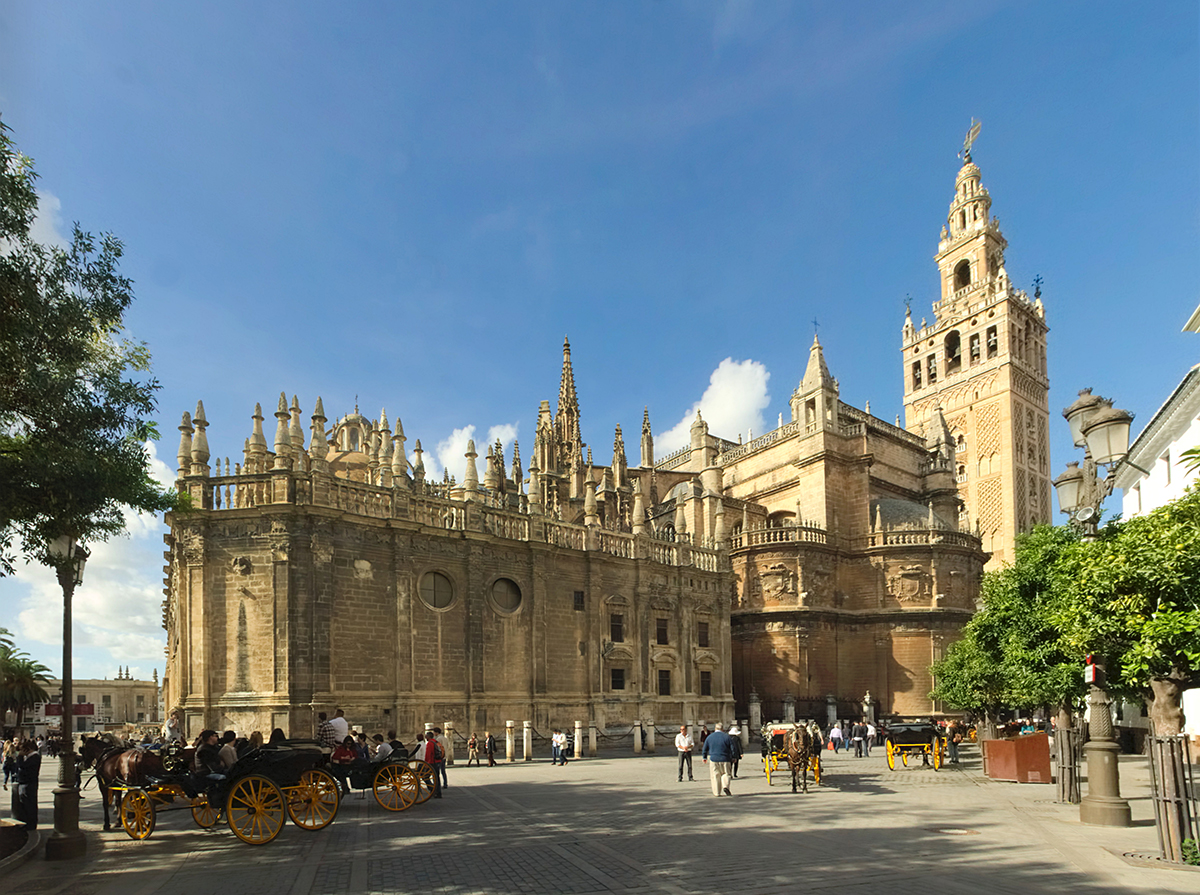 When the city was taken back from the caliphate, the largest mosque in town was consecrated as a Catholic church and was thus declared an archdiocesan cathedral, but after just over a hundred years of using it, the mosque was demolished. Some historians claim the building was already in a sorry state, while local oral tradition says the intention of the ecclesiastical authorities involved in the construction was to make “a church so great that those who see it think we are crazy.” In fact, as one reads the chronicles of the day the construction began, one finds that there is actually an entry in the book stating that the new building “has to be so good that no other can ever match it.” Quite possibly, it was a symbolic but sound statement of the Reconquista.

In the video below, shared by the user Tabia40 on YouTube, the marvelous blend of Moorish, Gothic, Renaissance, Baroque and Academic architecture (the church has gone through lots of renovations throughout the years) of Santa María de La Sede can be seen in all of its splendor.