5 Pop songs that give expression to the spirit 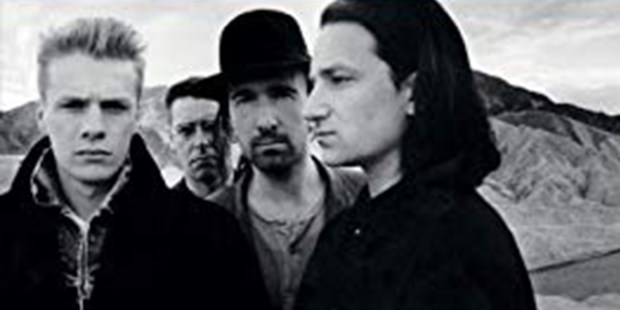 Songs of introspection and spiritual reflection from artists who were largely regarded as secular.

In today’s musical climate, a secular artist can rarely write a spiritually inspired song without becoming identified as a “crossover artist.” The noted line between the secular and the sacred is ever present in the eyes of critics, but this is not how music has historically been categorized.

We’ve spoken before of the Catholic origins of Western music and the time when music was primarily written with the goal of glorifying God. Even as recently as the 1980s, the band Mr. Mister was able to write Kyrie without being asked if they’d changed genres to Christian Rock.

Here are a few faith-inspired tunes from secular artists who have managed to remain highly regarded in the popular culture. These songs carry deep introspection on topics of faith, the afterlife, forgiveness, and what it means to surrender to a higher power.

“Where the Streets Have No Name” is from U2’s 1987 album Joshua Tree. It opens with a long ethereal organ introduction, which has become a staple of many Christian songs. It builds to a frantic pace, which perfectly suits the first line “I want to run.” Bono’s lyrics touch on the imperfection of man and the desire to live within the ideals of a spiritual life, to reach the place “Where the streets have no name,” an excellent allusion to heaven.

A sweet, gentle song with a jazzy twinge of longing. Simon reflects on the troubles that come with life, and even converses with the Almighty in the second verse:

And here I am, Lord
I’m knocking at your place of business
And I know I ain’t got no business here
But you said if I ever got so low I was busted
You could be trusted

These lyrics mirror the scriptural line recited before Communion:

“Lord, I am not worthy to have you enter under my roof; only say the word and my servant will be healed.” – Matthew 8:8

McLachlan has written a number of songs with lyrics that were clearly inspired by her faith. Here she sings of falling from grace and the search for redemption. When the world abandons her, she turns to God for comfort. Her third verse almost reads like a Psalm:

Heaven bend to take my hand
I’ve nowhere left to turn
I’m lost to those I thought were friends
To everyone I know
Oh they turn their heads, embarrassed
Pretend that they don’t see

George Harrison had a long faith journey in his life that started in Christianity and eventually turned to Hinduism. “Hear Me, Lord” was written shortly after the Beatles broke up and is interesting because it is the first song he wrote since his conversion to feature no Hindu references. In fact, the lyrics easily suggest that he could be singing to the Christian God, seeking forgiveness:

Please, those years when I ignored You, hmm
Forgive them Lord
Those that feel they can’t afford You, hmm
Help me Lord, please

It is interesting that Harrison added the line “Forgive them, Lord,” echoing some of the last words spoken by Christ during his Crucifixion. By mixing this phrase within a personalized plea, he is perhaps noting that he is one of the people who “know not what they do,” whom Christ especially asked his Father to forgive.

It is wild to imagine that a pop song which so frequently references the Greek liturgical phrase “Kyrie Eleison” (Lord, have mercy) could take the world by storm, but in 1986 Mr. Mister’s “Kyrie” was the #1 song for two weeks. The song is driven by a really catchy hook, and the themes of spiritual awakening and the healing power of God, from which we cannot hide. If you translate the Greek, they read: