The “secret” Vatican Archives are actually not that “secret” after all 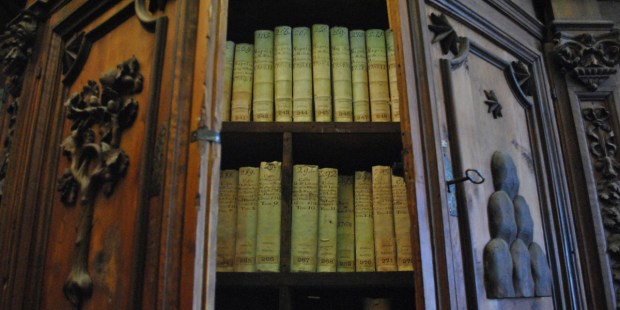 Sorry to burst your conspiracy-theory bubble.

The Vatican archives are far from being an amusement park for conspiracy theorists. In fact, they might be quite boring for the general audience: nothing too scandalous, noting too secret. In fact, the “mysterious” aura built around the Archivum Secretum Apostolicum Vaticanum — that is its official full name — might only be due to a mistranslation from the original Latin: secretum, far from being translated as “secret,” simply means “personal.” If you’ve ever had a secretaire (a secretary desk, an escritoire), you’ll have some notion of what we’re talking about here: the Vatican “Secret Archive” is a collection of personal documents, mainly private letters, chronicles and historical records of past popes.

In any case, this doesn’t make the Vatican Archive necessarily boring. In fact, one might speak of it as a scholar’s Garden of Eden: in its shelves, the papal bull excommunicating Martin Luther can be found next to the complete 60-meter-long scroll with the minutes of the trials of the Knights Templar, letters from Michelangelo to Pope Julius II, the notes on the trial against Galileo, and even a letter from Pope Clement XII to the seventh Dalai Lama requiring protection for Franciscan friars in Tibet.

Once sacked by Napoleon — who moved the whole collection to Paris — the “Secret Archive” created by Pope Paul V in 1612 is indeed not that secret (as you can verify in the video we include in this post, or in this great photographic collection published by The Guardian back in 2010). The place is constantly bursting with scholarly activity, which means you have to be an authorized scholar to gain access to the Archive (the credential needs to be renewed every six months), search through its catalogues (which will require fluency in either in Latin or Italian) to ask for the very specific document you want to work with and then, finally, take it with you to any of the reading rooms, in which you will be able to take notes, but never any photos (as any exposure to an accidental flash might deteriorate the manuscripts). But if you can’t make it to Rome, the Secret Archive is so secret (oh, the irony) that you can surf through it visiting its website.