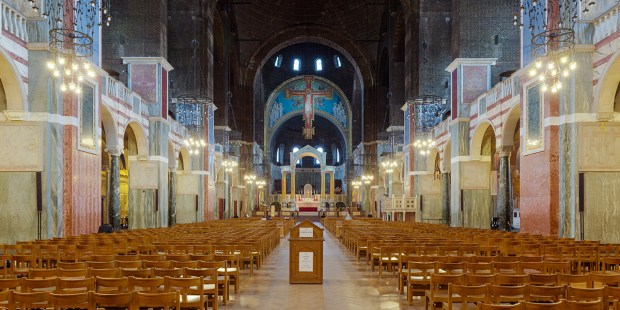 As a result of one of the largest green energy contracts in the UK, nearly 5,000 facilities will move away from fossil fuels.

The Catholic Church in England and Wales has come to an agreement with British Gas to bring clean, renewable energy to 20 of its 22 dioceses. The contract comes two months after the British Government announced that the entire United Kingdom will be required to bring all greenhouse emissions to “net zero” by 2050.

Matt Mace from Edie.net reports that the agreement is between British Gas and Inter-diocesan Fuel Management (IFM), the Catholic Church’s energy procurement group, and will reduce carbon emissions of 2,800 churches, along with an additional 2,200 schools, community centers and care homes.

Gab Barbaro, British Gas Business’ managing director, praised the Church for the decision to switch to renewable energy and expressed the hope that “others will follow.” She said:

“We’re seeing more and more organisations looking to switch to both renewable gas and electricity, particularly given the recent ‘net zero’ commitment made by government. This contract demonstrates that it is becoming easier than ever to cut carbon emissions from our public and private sector buildings.”

The deal will cover landmarks such as Westminster, Nottingham and Plymouth Cathedrals, and it will make the Catholic Church one of the largest consumers of green gas certificates in the UK. It is expected that the yearly reduction in greenhouse gasses will be equivalent to taking 21,000 cars off the road.

The decision falls in line with Pope Francis’ encyclical, “Laudato Si’,” which calls for Catholics, and even non-Catholics, to acknowledge humanity’s role as caretakers of the Earth, and to take a stand against rampant pollution.