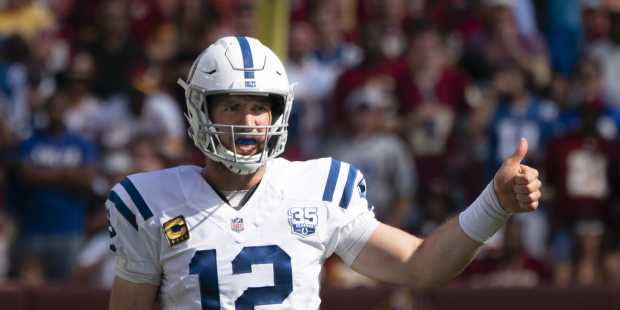 Andrew Luck has always taken the more challenging path, from his education, to leaving the sport he loved.

The Indianapolis Colts have lost their star quarterback after Andrew Luck unexpectedly announced his retirement at just 29 years old. The seven-year veteran of the National Football League said it was due to persistent injuries, which have racked his body on and off the field.

Yahoo Sports reports that the cycle of injury and recovery has been a constant throughout Luck’s career. During this year’s training camp, Luck realized that if he continued playing through injuries then he might wind up playing hobbled. He said in a press conference this weekend, “It’s been unceasing, unrelenting, both in-season and off-season … Taken the joy out of the game. And after 2016, when I played in pain and was unable to regularly practice, I made a vow to myself that I will not go down that path again.”

This is not the first time that Luck has surprised football fans with an unorthodox decision. While in his junior year at Stanford the press and his coaches thought he would leave college to begin his NFL career, to begin raking in the wealth and acclaim which his skills and talent were destined to achieve. Luck, however, returned to Stanford for his final year of education.

Luck could have stayed on with the Colts, even with the injury. He could have continued collecting his multi-million dollar salary, just for sitting on the bench and going to rehab for the majority of this season, but instead he spoke honestly about his situation and his feelings and decided it would be best to leave the sport and give someone else a chance. His humility reflects his Catholic faith.

Andrew was raised in the Catholic faith and while he was developing his athletic skills in youth leagues, he was also forging his faith in his church’s youth group. His beliefs were important enough to him that he included them in a bio from when he won NFF National High School Scholar-Athlete Award, in 2008.

Throughout Luck’s career, he has used his fame and influence to serve the community. In 2014, he spoke at a Catholic Charities fundraiser in which he stated:

“Anybody and everybody can serve. There is no age limit. There is no distinction of where you come from, who you are, the color of your skin. We are all called to serve. We all have an obligation to serve one another.”

Luck went on to describe some of the service work he had done in children’s hospitals.

During the same event he called Pope Saint John Paul II a “personal favorite,” whom he praised for “breaking down boundaries and reaching out to people from all walks of life in different areas.”

There is no indication as to where Luck’s career will land after his leaving the NFL, but we are certain that he will continue his works of charity and mercy.