They died for the Eucharist. Would you?

Many of our brothers and sisters, from our own day to the beginnings of the Church, have given their lives for Jesus hidden in the Host.

A recent poll suggests that too few Catholics believe in the real presence of Jesus Christ in the Eucharist. That leaves it to those of us who do believe to know and spread the faith.

But there are some Christians who knew with such certainty that Jesus Christ is truly present in the Blessed Sacrament that they faced danger to be with him, and there are those who died rather than let the Blessed Sacrament fall into the wrong hands. Here are some of their stories, and their inspiring images can be found at the end of their profiles.

In much of the world, going to Mass is never taken for granted. Sharon Stephen Santhakumar and Sarah Epzhibah Santhakumar were just two victims of the Easter bombings of Sri Lankan Christian communities on April 29. Islamist terrorists have targeted Eucharist-believing Christians (Catholics, Chaldeans, Copts and Orthodox) for years, such as Ragheed Ganni. Last Easter brought a painful sadness, as bombers attached churches and hotels on Easter Sunday. Aleteia reported: “The toll was highest at St. Sebastian’s Church in the seaside fishing town of Negombo, where about a third of victims died while attending Mass.”

Are you happiest at Mass? Father Hamel was. And that is where he died. On July 26, 2018, two men armed with knives burst into Saint-Étienne-du-Rouvray parish in Rouen, France. There, Father Jacques Hamel, 86, who had been a priest for 58 years, was celebrating Mass, which he called “the essential element” of his every day. His sister said her brother “was transformed at the moment of consecration … the more he aged, the more it was the passion of Christ that he lived.” Terrorists burst into Mass one Thursday morning promising to “do away with” all Christians. They drove the old priest to his knees and slit his throat at the altar, shouting “Allahu Akbar!”

Is your faith in the Eucharist strong enough that you would rush into burning room to save it? Paul Comtois was a lieutenant governor of Quebec. A devout Catholic, he said the Rosary daily with his wife and five children. The family lived in an official residence, where they got the very rare permission to have the Blessed Sacrament reserved in a tabernacle for the family’s private worship. Said his daughter, “When he finally was given this permission, it was on condition that he be personally responsible for its safe and proper keeping. And my father was a man who lived up to his obligations at all costs.” On midnight of February 21, 1966, a fire swept through his house. The father got his family safely out, then went back in for the Blessed Sacrament. His body was found badly burnt, but still safely guarding the pyx containing the hosts.

Father János Brenner saved the Eucharist while being stabbed dozens of times. On December 14, 1957, Father János Brenner, a Cistercian Hungarian priest, was called to give Last Rites and final Eucharist to a dying man. The call was a lie. The priest was being set up by Communists. Revolutionaries in Hungary had been suppressing Catholics for years. Father Brenner was ordained during the worst of the persecutions. Now, as he went out on the fake sick call, he carried the anointing oils and the Blessed Sacrament in a pyx. Attackers leapt out of the trees and stabbed him 32 times. His body was found the next day, still clutching the Eucharist in his hands, refusing to give it up. The ambush backfired: The priest is revered as a martyr, and a chapel was built on the spot where he died. His bloody surplice hangs inside as a relic.

Be thankful for the privilege of receiving communion. St. Pedro de Jesús Maldonado was a priest during the anti-Catholic rule of Mexican President Plutarco Calles. Father Pedro Maldonado was a great priest in Chihuahua during the anti-Catholic persecution, helping prepare children for their First Communion and serving the poor. On February 10, 1937 — Ash Wednesday —drunken men with guns came into his church, threatening to arrest him. The priest quickly grabbed the church’s pyx of consecrated hosts before the thugs pushed him out into the street. He was dragged by the hair to the region’s political leader, Andrés Rivera, who hit the priest so hard on the head with his pistol that he damaged his skull and eye. The gang began beating Father Pedro, but the priest held his pyx tightly — until a direct blow knocked it loose. The hosts spilled on the ground, and one of the thugs shoved them into the priest’s mouth, sneering, “Eat this! Your last Communion.” The priest did just that; and he stayed alive until the following day, when he died in a hospital.

Many of us in America do Holy Hours because of an anonymous Chinese girl. The Boxer Rebellion in China sought to expel all Western influence from the country, including Catholicism. A parish priest told the tale of what happened when his church was attacked. A girl hid in the back when he was arrested, and she watched soldiers pull out the church’s tabernacle, dropping 32 consecrated hosts onto the ground. That night, she sneaked back into the church, spent time in silent adoration, and then bowed down to the ground and took one of the hosts onto her tongue. She did the same thing 32 nights in a row, until the hosts were all consumed. After she received the last one, she was caught by a soldier and beaten to death. Archbishop Fulton Sheen said that hearing the story convinced him to do a daily Holy Hour. Many people were inspired by Fulton Sheen’s talk to do the same — including Bishop James Conley in Lincoln, Nebraska, and (among many, many others) me.

Would you defend the doctrine of the Real Presence if doing so would get you killed? In 1572, as Calvinist Protestantism rose in his native Holland, the Franciscan priest Father Nicholas Pick preached against the Protestant rejection of important ancient Christian doctrines. In particular, he defended the Real Presence of Jesus Christ in the Blessed Sacrament, which he called an extension of the Incarnation into time. When his religious house was taken by Calvinists, attackers targeted Father Nicholas. They hanged him with the cord from his habit. When the cord broke, they put a burning torch to his head and mouth until he was dead.

Catholics only recognize properly consecrated Hosts as the body and blood of Christ. This means not receiving communion at a non-Catholic church. And for one saint, that meant death. Visigoth King Leovigild had two sons, Hermengild and Recared. They were all Arians, who didn’t believe in the Divinity of Jesus Christ. Hermengild married a Catholic, the daughter of France’s King Sigebert, and her faith converted him. The prince’s father was so enraged, he imprisoned his son to try to force his conversion. He sent an Arian bishop to administer communion to the prince, but the prince refused what St. Gregory later called “the Communion of a sacrilegious consecration.” While any priest, even a priest who is in a state of sin, can consecrate the Eucharist, he is only successful if he intends to do what the Church does. His father had his son killed in his cell in punishment.

Last comes the patron saint of altar servers who defended the host with his life. Pope Benedict XVI told his story in the Vatican: Under the persecutions of the Emperor Valerian, Christians had to meet in secret to celebrate Mass, and it became dangerous to take Communion to Christian prisoners, who were plentiful. One day, the boy Tarcisius, an altar server, stood up and said: “Send me! My youth will be the best shield for the Eucharist.” The priest allowed it, saying, “Tarcisius, remember that a heavenly treasure has been entrusted to your weak hands. Avoid crowded streets and do not forget that holy things must never be thrown to dogs.” “I would die rather than let go of them,” said Tarcisius.

Along his way, pagan kids from his neighborhood saw him and invited him to play. When he refused, they grew suspicious. When they realized he was trying to keep something away from them, they tried to get it from him. The fierceness with which he guarded the Eucharist enraged them. They began kicking him and pummeling him with stones, but he didn’t surrender. He died still clutching the sacrament to his breast. 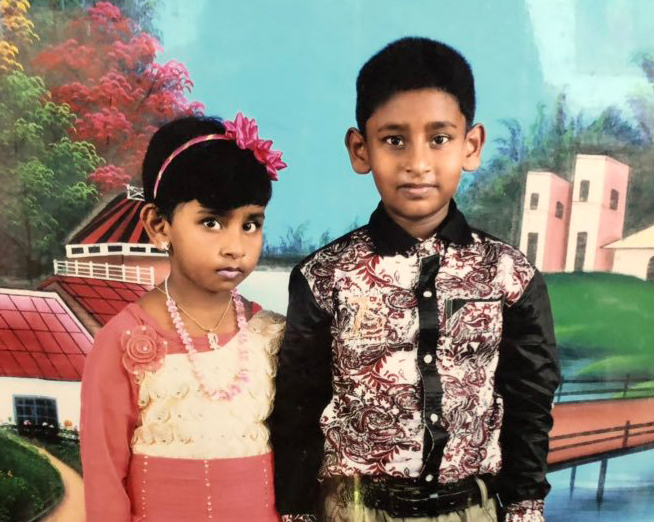